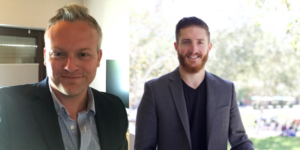 Concerned scholars have long noted that young Americans suffer from high levels of political apathy—they vote less often than their elder compatriots, they have a limited interest in politics, and have lower levels of political knowledge than previous generations (Wattenberg 2015). Acknowledging the evidence of a less politically active youth, educators and academics have emphasized the beneficial aspects of a broad civic education. Of note, advocates have found that tailored instruction could shape students’ political attitudes and possibly even alter their  behaviors (Forestiere 2015; Neundorf, Niemi, & Smets 2016).

Within the broad umbrella of civic education, several educators across America have introduced and developed service-learning classes at their institutions. Scholars define service-learning as a “form of experiential education that combines structured opportunities for learning academic skills, reflection on the normative dimensions of civic life, and experiential activity that addresses community needs or assists individuals, families, and communities in need” (Hunter & Brisbin 2000, 63). In short, instructors utilizing this instructional approach blend a traditional lecture format with a more active and out of the classroom experience. Faculty develop mutually beneficial educational alliances with community organizations and design courses that include substantial time embedded with a local partner(s). Through their community involvement, students are able to juxtapose theory and practice, offering an active and engaged learning experience.

The potential benefits of service-learning instruction are substantial, and may have profound impacts on both students’ attitudes and behaviors. Scholars have found short-term benefits to include greater feelings of political efficacy (Smith 2006), an increase in political tolerance and political engagement (Morgan & Streb 2001), and higher levels of political knowledge (McCartney 2006; Van Assendelft 2008). Longer-term benefits include dedicated participation in community affairs (Simeone & Shaw 2017), even well after graduation. In terms of student learning, others have found service-learning instruction to facilitate a deepened sense of empathy and desire for community engagement (Markus et al. 1993; Simeone & Shaw 2017), and to promote higher-level thinking about complex issues such as power distribution and dynamics in society (Smith 2006). Course evaluations also suggest that students feel course material is more relevant when real-world examples are brought to the classroom and skills gained in a course can be applied outside the classroom.

For the past two years, we have taught service-learning classes at Cal Poly Pomona, a polytechnic university roughly 30 miles east of Los Angeles (Collins taught Politics of Neighborhood Change, while Nyenhuis taught International Human Rights twice). Working through our campus Center for Community Engagement, we have partnered with local organizations—Pomona Hope, Fairplex Pomona, City of Pomona, Arteco Partners, dA Center for the Arts, Everyone Free Organization, the Inland Coalition for Immigration Justice (ICIJ), and the Pomona chapter of the House of Ruth. In the City of Pomona, students led voter registration drives, cultivated community gardens, and conducted community outreach around new affordable housing developments. Alongside Everyone Free, students organized an event open to the public on campus that featured speakers from the organization, local law enforcement, and various faculty. The event illustrated the scope of human trafficking in Los Angeles, Orange, Riverside and San Bernardino counties, and the challenges non-governmental organizations (NGOs) face in providing effective solutions and assistance for victims. In collaboration with the ICIJ, students served on three different “teams”—policy research in which they conducted research and produced community-friendly and active campaign materials, clinics where they assisted community members with legal training for DACA and citizenship paperwork, and capacity building in which they produced visual communications including press releases and media advisories. Across these partners, many students spent time developing and administering focus group surveys, lobbying mayors and other political actors, and even observing the conditions at the ICE processing center in Adelanto, CA.

Beyond discussing the experiences of students, we are also interested in how their participation may have shaped their attitudes and political involvement. We tracked students’ engagement in politics, campus activity, and application and attendance in graduate programs as a result of their enrollment in service-learning. The short-term results indicate that students who enrolled in our classes were active members in politically-oriented campus organizations (e.g. College Democrats), our political science club, and several travelled on a class organized by colleagues that went to Iowa to witness and volunteer on the Democratic primary campaigns in January 2020. In longer-term surveys, we find that many of our students have used these experiences to parlay them into internships with NGOs, local US House of Representatives members (some who serve on the Human Rights Committee), other human rights practitioners, and acceptances to law schools (with an emphasis on human rights and immigration) and graduate programs. In other post-class surveys, students highly agreed that the time with their community partners allowed them to better assess academic theories, provided them with in-depth exposure to the challenges and successes of human rights practitioners, a greater sense of empathy for members of their communities, and allowed them to bolster their academic and professional resumes.

In short, the introduction of service-learning classes has been highly beneficial for our students and conforms to our campus’ pedagogical motto of “learn by doing.” Students seem to be more engaged in politics in general, and more active in their communities, even well after the duration of these classes. One thing to note is that it may be that these types of classes attract motivated and eager students, but nonetheless the life experiences received in these courses seem to influence and reinvigorate their enthusiasm for political affairs.

Robert Nyenhuis is an assistant professor in the Political Science department at California State University, Pomona. He holds a PhD in Political Science from the University of California, Irvine. His research focuses on populism, voting behavior, and public opinion in the developing world. He teaches classes on Latin American governments, Sub-Saharan African politics, the Politics of Developing Areas, and the service-learning class International Human Rights.

Brady Collins received his Ph.D in Urban Planning at the University of California, Los Angeles, and an MA in Political Science at the University of Illinois, Urbana-Champaign. Having spent several years as a policy advocate in the housing and labor movement in Los Angeles, much of his teaching and research is focused on Los Angeles, though he has also studied neighborhoods in Barcelona, Tokyo, and Shanghai. His areas of expertise are in community and economic development, civic engagement, ethnic enclaves, urban governance, and social capital. More generally, Brady’s research lies at the intersection of the spatial, sociocultural, and political aspects of urbanism, and seeks to forge new relationships between the built environment and local politics. He teaches courses on public administration, public policy, qualitative methods, and urban governance in Los Angeles.