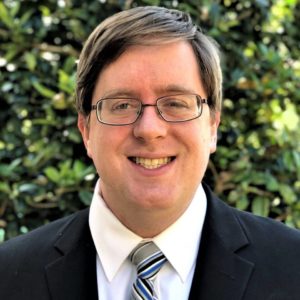 What do a clam bake in Crisfield, Maryland, a Fourth of July parade in Windsor Heights, Iowa, and a minor league baseball game in Jacksonville, Florida have in common? They all represent public social events in specific geographic locations. Candidates running for state or local office often travel extensively, attending an array of events to directly engage with individual voters and discuss issues of shared concern. Geography has played an important role in American electoral politics. Campaigns that have limited resources must strategically decide where it is most advantageous for a candidate to physically be at any given time. Should they travel to a larger city with the opportunity to meet more voters, or a smaller town where more personal connections might be made? Using social media to map the geography of 2018 gubernatorial campaigns, Ryan Voris and I found that both Republican and Democratic candidates strategically appealed to their ideological bases.

Those running for an elected office with an online presence on Facebook, Instagram, or Twitter are now able to post a message capable of being seen by millions of potential voters. Interested citizens can subscribe to a candidate’s social media channels and follow their movements in real time. Further, they are able to directly engage with politicians by instantly liking, commenting, or retweeting the entire event before it appears as a short clip, if at all, on a news broadcast.

My current research with Professor Voris utilizes social media data to map the geography of gubernatorial campaigns in real time during the 2018 elections. This work seeks to develop a better understanding of how candidates choose to spend their time. Where are candidates going as they inform individuals about their policy goals? Do Republican and Democratic politicians travel to similar or different areas of a state?

We theorize that voter engagement may take one of two possible paths to provide a campaign with an Election Day victory.

One option involves mobilizing an ideological base of voters already likely to vote for a given political party. Candidates of different parties will have different bases of support, and thus, may travel to different locations. Democrats pursuing this strategy would travel to highly populated, urban cities with diverse groups of people, whereas Republicans’ partisan base is likely to be an older white electorate concentrated in smaller, rural environments. However, candidates might take a different approach by desiring to reach undecided individuals. If this is the case, we should expect to view candidates traveling to different locations while not making concerted efforts to engage citizens of a certain demographic background or ideological preference. Our research analyzes the travels of Republican and Democratic gubernatorial candidates during the 2018 elections.

Testing these competing theories included creating a dataset comprised from various 2018 gubernatorial campaigns. We specifically focused on 17 competitive races from all regions of the United States, including Arizona, Connecticut, Kansas, Michigan, Rhode Island, and Wisconsin. This decision allowed us to examine political and geographic diversity, central to understanding if campaigns are making strategic choices on where they campaign in states. Data collection focused on the number of campaign stops, defined as physical events with a public appearance, made in each county in a given state. These occasions include parades, church services, sporting events, campaign rallies, and policy forums.

As the share of residents with a college degree increases, Republican gubernatorial candidates have 40% fewer stops in these areas. Demographically diverse counties see a 75% increase in stops by Democratic candidates, yet a 65% decrease in visits by Republican nominees.

We followed candidates’ social media accounts throughout the 2018 campaign season. A series of factors were included in examining each campaign stop including the candidate making the stop, its date, location, and type of event held (e.g. a rally). Each event was then matched to its specific county location (e.g. Ohio Governor Mike DeWine held a stop at Browns Stadium; this was linked to Cuyahoga County in Cleveland, Ohio). This method resulted in over 5,100 individual stops in nearly 900 counties by 2018 gubernatorial candidates. We also employed various demographic and electoral measures to further examine the extent of candidates’ travels while providing us with a robust measure of how political leaders are helping to promote civic engagement efforts.

We find several general results across state gubernatorial contests and political parties. Candidates’ events increase throughout the electoral season; this is likely due to the beginning of general campaigning following preliminary elections and increased activity in competitive races as Election Day approaches. Active campaigns are also seemingly equal in most states, as Republican and Democratic candidates engaged in roughly equal numbers of stops. These results support the conclusion that candidates are working to actively provide citizens with opportunities for civic engagement during an election year. Finally, both Republican and Democratic candidates center their engagement efforts on those counties whose residents have a high level of voter turnout; high turnout counties saw nearly twice as many campaign stops as those with the lowest turnout figures.

Now we return to our two main questions:

Do candidates for a state’s highest office mainly travel to areas inhabited by ideologically similar voters, or do they try and persuade undecided individuals through campaign visits? We find support for the notion that candidates are strategically playing to their electoral bases. Democratic candidates hold more events in counties with college-educated and racially diverse voters. As the share of residents with a college degree increases, Republican gubernatorial candidates have 40% fewer stops in these areas. Demographically diverse counties see a 75% increase in stops by Democratic candidates, yet a 65% decrease in visits by Republican nominees. Counties with lower numbers of African-American residents see 65% more stops by Republican candidates and 24% fewer stops by their Democratic counterparts. Regarding campaign visits at the state level, it appears that campaigns are targeting counties where they already have partisan support. Our research finds that Republican and Democratic campaigns are both active and engaged, yet largely concentrate their mobilization efforts in counties where their partisan base resides. In future elections, we should see gubernatorial candidates continuing to travel across competitive states as they try to mobilize voters and win elections.

Austin Trantham is an Assistant Professor of Political Science at Jacksonville University. His research agenda examines presidential and gubernatorial politics, political rhetoric, and public policy issues from historical and comparative perspectives. Austin teaches courses in American politics, comparative politics, and research methodology while serving as faculty advisor to several student organizations. He can be found on Twitter at @AustinTrantham.