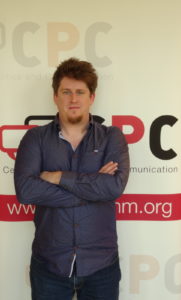 High turnout matters. It is one of the three key indicators of good democratic performance of a country as famously identified by Powell,[1] and its absence is often seen as an indicator of generalized political malaise and entrenched cynicism.[2] If the decision to mobilize is, ultimately, an individual one, few would argue that the nature and content of political information citizens are exposed to is utterly irrelevant. Political campaigns are, most of the time, the preferred way for competing candidates to promote themselves in the eyes of the electorate. Yet, beyond their persuasive power on voting choices, many observers also argue that campaigns are also likely to drive participation itself – or hinder it. To what extent are election campaigns likely to be associated with boosted or depressed turnout on election day? To sketch an answer to this question we have to consider two issues: the dimensions of election campaigns that are likely to matter, on the one hand, and the possible existence of both desirable and nefarious effects of political communication, on the other.

Broadly speaking, most research on the effectiveness of election campaigns focuses on two distinct dimensions: First, the “tone” of the campaign, that is, whether it focuses on the promotion of the candidates themselves (positive tone) or whether it attacks the opponents, potentially also using uncivil and harsh language (negative tone); second, the “emotional charge” of the messages carried – that is, the extent to which the campaign intends to trigger an emotional and affective response in the public at large, for instance in terms of increased anxiety or increased enthusiasm. Of course, this is not an exhaustive list. Especially in recent years, increasing attention has been granted to additional features of political communication such as, for instance, the use of a more “populist” rhetoric or the complexity of the language used.[3] Yet, especially within the American context, the dimensions of tone and emotionality of the campaign probably reflect the most important dimensions and dynamics—especially in the eye of the voter exposed to them. Take for instance the ad released in early May by the de-facto Democratic nominee for president, Joe Biden, against president Trump: “More than 70,000 deaths. Over 1 million coronavirus cases. Over 33 million unemployment claims. Real presidents lead. Reality TV presidents don’t,” the ad claims.[4] The tone (negative) and emotionality (fear) in play in the ad are quite explicit.

Several more “optimistic” studies suggest that negativity can have a positive role to play; for instance, negative messages can convey important information, foster a better knowledge of the issues at stake, indicate that the election is salient and thus worth paying attention to, and overall stimulate curiosity and interest.

It is undeniable that such ads are not anodyne. Do they affect electoral participation at all? Early studies by Ansolabehere and colleagues[5] suggested that negativity could be responsible for as much as a 5% drop in popular mobilization. According to such a “pessimistic” view, negative campaigning depresses turnout and political mobilization because it fosters cynicism, apathy, and a “gloomier” public mood.[6] Not all agree however that negativity is “a pox on the body politic.”[7] Several more “optimistic” studies suggest that negativity can have a positive role to play; for instance, negative messages can convey important information, foster a better knowledge of the issues at stake, indicate that the election is salient and thus worth paying attention to, and overall stimulate curiosity and interest.[8]

The use of emotions also can have both positive and detrimental effects.

First, the use of fear appeals in political messages – what political psychologist Bethany Albertson and Shana Gadarian call “framed threats”[9] – is, broadly speaking, intended to generate feelings of unease, fear, and anxiety in the public. The key behavioral consequences of anxiety are, on the one hand, an increased attention to (and processing of) incoming information, coupled with, on the other hand, a reduced importance of predispositions and partisan attitudes.[10] In other terms, when experiencing sudden anxiety about a matter, people start paying attention to the issues at stake and do so in a more “open minded” way, in order to go to the bottom of it. If the resulting “open-mindedness” is normatively positive per se, some evidence also suggests that more anxious citizens are more likely to be swayed by political persuasion.[11] Second, enthusiasm appeals are made to beef up the interest and eagerness of partisan supporters. The key behavioral consequences of enthusiasm are an increased mobilization and interest, that is, however, mostly done along partisan lines and by reinforcing previously held predispositions.[12] In other words, enthusiasm makes people more likely to engage, but mostly for the causes they were already supporting in the first place. If greater political engagement is normatively positive, the downside of enthusiasm is thus that it potentially entrenches partisan beliefs and does not necessarily promote skepticism and open-mindedness.

So, do election campaigns matter for political mobilization?

They can, for good and for bad. Even harsh and “negative” campaigns can capture the attention of the public, indicate that bigger issues are at stake, and that political involvement is warranted. Furthermore, both enthusiasm and fear can potentially have desirable effects on political mobilization, if for different reasons – what Ted Brader calls “the destabilizing capacity of fear and stabilizing capacity of enthusiasm.”[13] Yet, even the most “positive” campaigns come with the risk of mobilizing only along partisan lines, thus contributing to the reinforcement of tribal divisions and, potentially, to the entrenchment of affective polarization.

Alessandro Nai is Assistant Professor of Political Communication and Journalism at the Department of Communication Science, University of Amsterdam. His research broadly focuses on political communication, voting behaviour, political psychology, and campaigning effects, and he is currently directing a research project that maps the use of negative campaigning in elections across the world. His recent work has been published in journals such as Political Psychology, European Journal of Political Research, West European Politics, International Journal of Press/Politics, Personality and Individual Differences, Presidential Studies Quarterly, Electoral Studies, and more. He recently co-edited the volumes New Perspectives on Negative Campaigning: Why Attack Politics Matters (ECPR Press, 2015, with Annemarie S. Walter) and Election Watchdogs (Oxford University Press, 2017, with Pippa Norris). He is currently Associated Editor of the Journal of Social and Political Psychology.