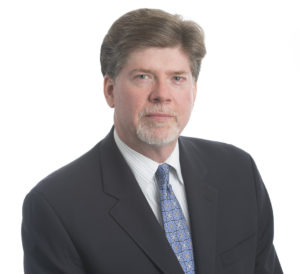 Catholics are the largest religious group in the United States comprising roughly 23% of the population. While they are concentrated in the Northeast, there are also sizable populations of Catholics throughout the upper Midwest (the Rust Belt) and elsewhere. Historically, both the Democratic and Republican parties have sought the Catholic vote, since the religious group has voted for the winner in nine out of the last ten presidential elections.[1] But while the Catholic vote can significantly impact the outcome of a presidential election, it is important to draw distinctions between both the subgroups of Catholic voters and the regions in which they vote.

In the past, religious groups voted consistently for the same party each election.

For much of the 20th century, mainline Protestants (e.g., Episcopalians, Methodists, Lutherans) voted Republican, whereas Catholics voted Democratic. Over the past few decades, these voting patterns have changed. Mainline Protestants continue to support Republicans, but in lower numbers, while Catholics have shifted away from the Democrats.

Democrats retain a slight 47-46 edge over Republicans in party registration, but Catholics have become a swing voting bloc, supporting George W. Bush (R) in 2004, Barack Obama (D) in 2008 and 2012, and Donald Trump (R) in 2016. Yet some question whether there is such a thing as a distinctive Catholic vote, since their popular vote percentages often mirror the national results.

The truth is there is marked diversity within the Catholic voting bloc.

The truth is there is marked diversity within the Catholic voting bloc. Political scientists increasingly divide the Catholic vote into two categories—white Catholics and Hispanic/Latinx Catholics.[2] White Catholics reflect past European immigrant groups, which have assimilated into American society and improved their socioeconomic status (SES).  Hispanic/Latinx Catholics are newer immigrants often in the process of adapting to their new culture and working their way up the economic ladder. Each subgroup has developed a distinctive voting pattern.

Similarly, researchers have observed that Catholics who attend religious services regularly vote differently than those that do not—thus the “God Gap.” Therefore, the importance of Catholic voters is not reflected in their aggregate vote, but in the subgroups that comprise it.

Therefore, neither party seeks to maximize Catholic turnout. Instead, Republicans and Democrats focus their resources on mobilizing those subgroups most likely to vote for them. For the GOP, this means white and observant Catholics, while for the Democrats it means Latinx voters and less observant Catholics. One method for mobilizing voters is through policy issues.

Each party identifies and promotes certain policy issues to appeal to their Catholic constituencies.  These issues are often consistent over the course of several elections and are included in their party platforms, which are released at the national conventions.

For the Democrats, they promote a social gospel agenda that seeks to reduce economic inequality, poverty, and racial injustice. In their 2016 platform, the Democrats specifically called for increasing workers’ wages and rights, fixing the immigration system, protecting civil rights for all, and ensuring universal healthcare. Look for the same in 2020.

Conversely, Republicans seek the support of traditional Catholics by upholding personal morality and protecting the role of religion in society. In 2016, the GOP adopted a litany of policy proposals to appeal to religious conservatives, such as limiting abortion, promoting school choice, preserving religious liberty, protecting traditional marriage, and appointing conservative judges. There were also numerous references to God.

Messaging, however, is only part of the equation. Since we elect our president based on the electoral college, not popular referendum, each state is a separate contest. Based on past voting patterns, we reliably know the Northeast, much of the Mid-Atlantic, and West Coast will vote Democratic, while much of the Mountain West, Prairie states and the South will back the GOP.  Therefore, neither party pursues a national strategy to garner Catholic votes.

Instead, the Democrats and Republicans target swing states, such as Florida, Iowa, Michigan, Minnesota, Pennsylvania, Ohio, and Wisconsin, which have an oversized influence on the outcome of the election. Catholics comprise 20-25 percent of the population in these states. Therefore, it is not the national Catholic vote that matters, but the votes of Catholic subgroups often at the local level.

Thus, Catholic votes do matter for the outcome of the presidential election, but generally at the micro- rather than macro-level.

Vincent Stine, PhD, MPA, is an adjunct Professor of Political Science at George Washington University, where he teaches American Political parties and Religion and Politics. Dr. Stine also has more than 30 years’ experience working in the public policy arena, both as a congressional staffer and a lobbyist.