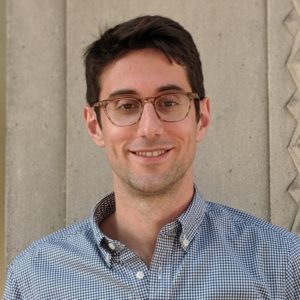 In the run-up to seemingly every election, journalists discuss whether this will be the year in which young people turn out to vote. Although there is some optimism that the increase in protest activism in 2020 among young Americans may be a harbinger of a youth voting surge, it is no secret that young people persistently vote at lower rates than older Americans. While there is no single fix for this problem, a responsive government can go a long way in addressing these issues. When Americans believe the government is listening and will respond to their demands (known in political science as “external efficacy”), citizen engagement and voter turnout increase. Perceptions of responsiveness can be cultivated in multiple ways, but two may be especially noteworthy for youth engagement in electoral contests: (1) The presence of a government that wants to include people in the political system; and (2) the presence of parties and politicians that voters trust to represent their interests. Addressing these two systemic barriers to youth voting could bolster young people’s political participation in November and in more elections to come.

Political scientists Henry Brady, Sidney Verba, and Kay Lehman Schlozman famously pointed to three reasons citizens do not vote: 1) They can’t, 2) They don’t want to, and 3) Nobody asked.

It is this last reason where younger voters are structurally disadvantaged. Young people are more mobile, so they are less ingrained in their communities and the networks that might encourage them to vote. On top of that, updating one’s voter registration and learning the voting laws in a new location can be demanding. Many young people have not voted in a prior election, making them less likely to be targeted by campaigns and political parties. In short, fewer people are asking them to vote.

How can a political system, one dominated by older, white, men, convince the youngest and most racially diverse generation of voters that their interests are being heard?

Government responsiveness can be critical in helping young people overcome this barrier. Unlike political campaigns and advocacy groups, the states have a greater ability to identify those living inside their borders who are eligible but unregistered (EBU) to vote. In a recent study, my colleagues and I partnered with the Electronic Registration Information Center and the Pennsylvania Department of State to identify and contact (via postcard) EBUs. The messages informed them of their eligibility to vote, provided instructions on registering, and invited them to take advantage of the opportunity. We found not only did these postcards increase registration and turnout (by roughly a percentage point), but that the effects were 2-3 times larger among young people who only recently became eligible to vote. Related research finds that messages intended to get people registered to vote are most effective when they explicitly mention that there are many options for voting (by mail, early voting, etc.) that were created as a response to public demand. When it comes to overcoming the legal barriers created by confusing and onerous election laws, a responsive government that asks citizens to vote can make an important difference.

Much of the research I have pointed to thus far finds that overcoming the structural barriers to voting only increases turnout a percentage point or two. In a recent survey of Generation Z voters (defined as those born after 1996), my colleagues and I find that, although most young Americans would like a more transparent and simpler voting system, they do not believe it is the primary hurdle to their participation. Instead, members of Gen Z attribute low participation rates to issues like the lack of candidates who speak to the issues they care about and the lack of candidates who represent a more ethnically/racially diverse electorate.

How can a political system, one dominated by older, white, men, convince the youngest and most racially diverse generation of voters that their interests are being heard? In ongoing research, Dr. Melissa Deckman and I explore a possible “role model” effect on young behavior. This theory suggests that people will be more likely to engage in politics when they see others like them running for, serving in, and winning public office. With young women of color such as Alexandria Ocasio-Cortez and Ilhan Omar making headlines in recent years, it is possible that members of Gen Z will follow their example and get involved. To test for this possibility, we surveyed Gen Z respondents, randomly presenting them with fictional candidates for office who varied on age, race (Black or white), and gender (man or woman). What we found was not simply a “role model” effect, but rather a tendency on the part of Gen Z to express an interest in getting involved in politics when they saw any politician who was not the older, white man. They were also more likely to view those same candidates as individuals who cared about people like them. The implication is that younger Americans do not view a politician’s responsiveness simply in terms of who looks like them. Instead, they view any departure from the norm as an indication of progress.

Exactly how this will play out in the upcoming election is not clear. Our research would suggest that the selection of Kamala Harris as Joe Biden’s running mate would spur interest and engagement from members of Generation Z, even among those who do not share her gender or race. Recent poll numbers seem to confirm this, finding that Harris is especially popular with young women. Yet whether this enthusiasm lasts or is enough to overcome the tendency of young people to stay home on Election Day remains an important question.

Jared McDonald is a TomKat Center postdoctoral researcher with the Political Psychology Research Group (PPRG) at Stanford University. His research explores how American voters evaluate politicians and hold government accountable in an environment increasingly characterized by high levels of polarization and strong partisan identities. His work has appeared in The Journal of Politics, Political Behavior, Electoral Studies, The International Journal of Public Opinion Research, Gender & Politics, and The Journal of Experimental Political Science.