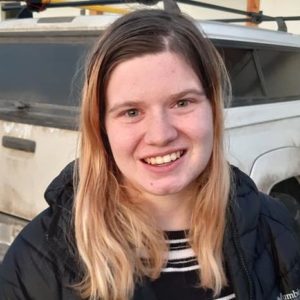 Felon disenfranchisement laws are one of the final remaining formal barriers to voting rights in the United States, and the number of citizens these restrictions affect continues to grow. In 1976, during the advent of the era of mass incarceration, there were an estimated 1.17 million disenfranchised felons nationwide. Currently, over 6 million people remain disenfranchised due to a criminal conviction, including a disproportionate number of people of color, who are significantly more likely to be convicted of a serious offense and thus lose their right to vote. Seeing as this topic is gaining momentum nationwide, this post will provide an overview of the current state of felon disenfranchisement in the United States and explore a variety of theoretical perspectives that help inform the debate about whether prisoners should be allowed to vote and if so, whether they would be likely to turn out at the polls.

Because it’s mostly up to individual states to regulate voting rights, changes to disenfranchisement laws have happened almost exclusively on a state-by-state basis. This also means that these laws vary significantly from one state to the next. Currently, Maine and Vermont are the only two states that allow all of their citizens, even those currently incarcerated, to vote. On the other end of the spectrum, Iowa is the only remaining state that permanently bans all felons from voting, even after they have completed their prison sentences and all probation and parole requirements. The remaining states fall somewhere between these two extremes, with 16 states guaranteeing that individuals’ voting rights are automatically restored after they are released from prison and 17 states and the District of Columbia restoring felons’ rights after they have completed all parts of their sentence, including probation and parole requirements.

Regardless of whether or not felons would vote if they were able to, the core question remains whether or not these individuals should be permitted to do so in the first place

To a certain extent, the racial dynamics of disenfranchisement laws have turned this topic into a partisan issue. People of color are more likely to lean Democratic in their political preferences, so some critics argue that re-enfranchising felons might narrow the razor-thin partisan divide in battleground states even more so. Indeed, some theorists have even gone as far as to speculate that, had Florida’s prison population been able to participate in the 2000 presidential election, these votes might have changed the national outcome of this race.[1]

That said, diving deeper into the details of the demographics of who actually turns out at the polls suggests that the situation is not as straightforward as it appears. Individuals who do vote are more likely to be White, affluent and, above all else, better educated than those who do not,[2] meaning that the average felon is not the average American voter. Additionally, because American prisons do not emphasize rehabilitation, but instead breed anti-social norms by emphasizing aggression and violence as forms of social clout,[3] many recently-released felons lack social networks. Because these networks help political leaders encourage civic participation, they are key to mobilizing voters, and individuals with broader social connections are more likely to vote than those without.[4] Thus, not only does the demographic profile of the average felon decrease the probability that they will vote (even when they are technically able to), the additional social factors at play make it even less likely that members of this group will be politically mobilized, and thus compelled to vote.

Some theorists have even gone as far as to speculate that, had Florida’s prison population been able to participate in the 2000 presidential election, these votes might have changed the national outcome of this race

Regardless of whether or not felons would vote if they were able to, the core question remains whether or not these individuals should be permitted to do so in the first place. To explore this matter, I turn to several scholars’ theories of political participation and the defining characteristics of citizenship. Jeff Manza and Christopher Uggen claim that barring felons from regaining their voting rights after their release from prison inhibits their successful reintegration into society, as their lack of ability to vote marks them as social outcasts who are unable to access the full privileges of citizenship.[5] Manza and Uggen also argue that states with more lenient re-enfranchisement laws might also have lower prison recidivism rates,[6] though the fact that the demographic portrait of a felon differs so drastically from the average American voter suggests that the full relationship between these variables still remains to be seen.

The Aristotelian notion of citizenship also helps inform this discussion. Rather than reinforcing a binary in which some people are born good and others evil, Aristotle theorizes that individuals can become better citizens through their actions over time.[7] Theorist Carole Pateman expands on this framework by conceptualizing that “the major function of participation in the theory of participatory democracy is…an educative one”[8] where individuals learn to care about matters greater than themselves through social and civic participation. These insights provide a compelling argument for letting all citizens — regardless of criminal status — participate in our democracy, as doing so will allow them opportunities for self-betterment.

Theoretical perspectives surrounding citizenship and democracy show that many recently released felons still uphold the responsibilities of citizens, yet they are still unable to participate fully in our democracy.

Finally, because recently-released prisoners are still required to pay taxes and provide evidence of stable housing and employment as a part of their probation and parole requirements,[9] they are already fulfilling several key civic and social responsibilities that would otherwise mark a fully enfranchised citizen. Thus, the question is not should felons have the right to vote once they are released from prison, but instead, should individuals who are successfully upholding their responsibilities as citizens be permitted to exercise their most fundamental rights?

Examining the aforementioned theoretical perspectives surrounding citizenship and democracy show that many recently released felons still uphold the responsibilities of citizens, yet they are still unable to participate fully in our democracy. The Aristotelian framework of citizenship also supports the notion that allowing these individuals to cast their votes might eventually help them reintegrate into society. With this in mind, it’s easy to understand why efforts to reform disenfranchisement laws to at least restore the voting rights of individuals who have completed their prison sentences continue to gain significant momentum, both at the state level and, more recently, through calls to include such provisions in the newly-proposed voting rights bill honoring the late Representative and civil rights champion John Lewis. Though there is conflicting evidence about whether or not felons would actually turn out at the polls, these moves toward widespread re-enfranchisement ultimately suggest that the tide is turning toward an electorate where many former prisoners might soon be granted the same right to vote as any other citizen.

[9] Manza, Jeff. Uggen, Christopher, and Thompson, Melissa. “Citizenship, Democracy, and the Civic Reintegration of Criminal Offenders.” Annals of the American Academy of Political and Social Science. 605 (May 2006). pp. 281-310

Alice Malmberg‘s research interests include exploring how to overcome barriers to voter turnout and how PACs and campaign finance determine voter information and access to candidates. Since graduating from UC Santa Cruz in 2018 with degrees in Politics and Feminist Studies, Alice has worked for elected officials and on campaigns in multiple states. She lives in Steamboat Springs, Colorado and the San Francisco Bay Area.