Mike Cowburn, a PhD Candidate in Political Science at the Freie Universität, Berlin, is a guest contributor for the RAISE the Vote Campaign. The views expressed in the posts and articles featured in the RAISE the Vote campaign are those of the authors and contributors alone and do not represent the views of APSA. 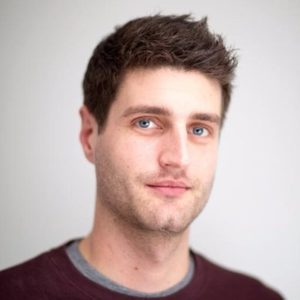 Election year is almost upon us once again. But before we get to the main event, there is the highly important stage of candidate nomination. Engagement in the nomination process has risen sharply in the past decade from a historic low in the early 2000s and much of this has been fueled by young people and students. As well as presidential primaries and caucuses, 2020 will see another large number of congressional primaries. These contests have attracted more attention from the media and the public in recent election cycles following decades of declining participation. Despite this recent increase in participation, young people remain the least likely to engage at this crucial point of the democratic process.

The US system of candidate nomination is unusual its inclusivity, allowing a vast number of citizens to provide input into candidate selection through the primary process. Voters have more power at this stage than in most other countries where party insiders select candidates in “smoke-filled rooms”. Evidence suggests however that younger citizens are the least likely to engage at this stage of the democratic process with primary electorates in each party being, on average, significantly older than general election coalitions. If students wish to have a say over the direction of their preferred party, the primary process offers the best opportunity to do this. These contests receive lower engagement and participation than general election contests in November meaning each vote is disproportionately more powerful. Indeed, recent election cycles have seen informal factions within each party target these contests as a site of power within the party.

Primaries are a legacy of the progressive era in the early 20th century, created to ensure power lay with the voters rather than party bosses. Significant reform of presidential primaries was undertaken in the Democratic Party following recommendations from the McGovern-Fraser Commission in reaction to the chaotic 1968 Democratic Convention. These reforms were replicated in the Republican Party shortly after and shifted the selection of delegates for the National Convention, where delegates formally select the presidential candidate, to the primary voters.

While primaries are formal elections within the party with voters completing ballots in much the same way as in a general election, caucuses are different and typically take place in smaller states and territories. To participate, caucus-goers must attend a local party meeting where they divide into groups according to which candidate they support and attempt to convince others to join them. Like primaries, this system determines the number of delegates a candidate receives at the National Convention.

The presidential contests always begin with the Iowa caucus (this year on 3rd February) which is then followed by the New Hampshire primary (11th February). These two states have long held ‘first-in-the-nation’ status for nominating presidential candidates and argue that their small sizes mean that candidates do not need vast resources to be competitive there. Iowa and New Hampshire representatives further claim that they facilitate a type of small-town retail politics which serves as a good test of potential candidates. In recent years others have argued that the position of these states should be reconsidered as they do not sufficiently reflect the diversity of the nation (particularly in racial terms). In academia we should encourage consideration of the role of these first in the nation states, questioning how their position influences who holds power within each party.

Despite this recent increase in participation, young people remain the least likely to engage at this crucial point of the democratic process.

In Congress primaries have been increasingly blamed by members of Congress and the media as being, in part, responsible for the polarized state of both the House of Representatives and the Senate, with some academics arguing for reform of congressional primaries to reduce polarization. Advocates of primary election polarization theory (PEPT) claim that because only an ideologically extreme sub-set of party voters participate in congressional primaries, any potential candidate for Congress must take more extreme positions in order to win a party’s nomination. Further, PEPT advocates claim that once in Congress, incumbent members must steer clear of centrist policy or bipartisan work for fear of being ‘primaried’ by a more ideologically extreme challenger in their primary. In practice however, empirical evidence for primaries as a source of polarization, and primary electorates as being significantly more extreme than a party’s general electorate, is more mixed than the assumed understanding under PEPT. We should caution against wholeheartedly blaming these contests for the current divisions in Congress as significant empirical studies offer evidence against this theory which may otherwise seem intuitive.

Regardless of their impact in terms of polarization, primaries and caucuses offer an opportunity for American citizens to have considerable voice in the American electoral system. Electorates in many other western democracies may look on in awe at the level of engagement the system allows at this point, with some critics claiming that this highly democratic process undermines the authority of party structures and is what leads to comparatively weak parties in the United States. In many districts and states the outcome is ‘safe’ for the Democratic or Republican Party, meaning the primary election may represent the only meaningful democratic check or input from the citizenry. As such, citizens should actively consider their available choices within their preferred party and consider which candidate best represents them. Primary elections and caucuses provide an additional level of democracy which the US electorate should take seriously and engage in vigorously. Extensive studies conclude that primaries are more of a help than a hindrance to democratic practice in the US. While a new wave of literature on the importance of non-presidential primaries is now appearing, it is vital that we use this opportunity to extol the benefits and urgency of participation to our students in this vital stage of the democratic process.

Mike Cowburn is a PhD Candidate in Political Science at the Freie Universität Berlin. His research focuses on ideological divisions within each of the major parties by focusing on congressional primaries. He recently published a book chapter entitled ‘The Transformation of the Congressional Primary’ and is currently writing his PhD entitled ‘Intra-Party Polarization?’. He can be reached at m.cowburn@fu-berlin.de or you can follow him on Twitter: @cowburn86