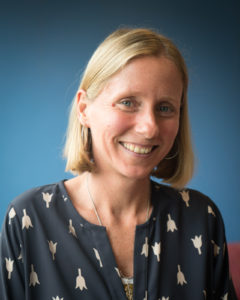 For many of us who like politics, this is the best time of the four-year election cycle.  We are weeks away from the first caucus and primary election.  There is a large field of candidates, even though we have lost a few, and there is much anticipation about who the next Democratic presidential candidate will be and whether they will ultimately be the victor.  The current interest in election processes and the timing of the upcoming primaries led to the development of a new course idea: why not create a January term course where I bring a small group of students to New Hampshire to learn about presidential primary politics on the ground?

I frequently create simulation activities, team-based applied learning activities, and even re-enactments of Supreme Court oral arguments as an entry-point to thinking about how cases are decided.  But I have found that the benefits of experiential learning yield the same as active learning and then some.  Thus, I might pair an active learning re-enactment of Supreme Court oral arguments with a field trip to hear oral arguments.  Similarly, when I teach my Elections course, I build in a requirement that students need to complete 20-40 hours of campaign work.  The course is always popular with political science and non-political science students alike.  Creating this new special topics course, Presidential Primary Politics in New Hampshire, then, would be an extension of the types of learning experiences my students have come to expect and although the course is new, it is not completely unfamiliar territory.

Why not create a January term course where I bring a small group of students to New Hampshire to learn about presidential primary politics on the ground?

The plan for the J-term course is this: take two vans full of students to Manchester, New Hampshire[1] for two and a half weeks in January.  Every weekday for 75 minutes, students have a seminar-style class with me.  Each student is also required to work 20 hours/week on a campaign of their own choosing although I help coordinate with the campaigns.  I also planned meetings with professionals whose work intersects with presidential primaries.  For example, we are meeting with two NPR journalists who produced a podcast on the New Hampshire primary called Stranglehold.  We are on every campaign’s contact list and are consistently receiving emails and texts about the next candidate event in the first primary state.

The students have daily reading and podcast assignments, daily writing assignments and will be leading most of the course discussions[2].  At the end of the course they collectively have to produce a presidential candidate guide that will be shared with the rest of our campus community when the spring semester (and the primary season) officially gets underway.  The students have the autonomy to decide the format of the candidate guide; it can be a pamphlet, a website, a series of podcasts, or whatever they decide.  I also help students organize our college’s voter mobilization efforts each election cycle, and the student-created guide on issues important to their peers will be a helpful resource.

Not only is tolerance a keystone of democracy and an essential component to cultivating civic engagement, but students’ intellectual growth is limited when their viewpoints are not challenged.

I anticipate many positive outcomes for the students.  First, they will see campaign organizing firsthand, will gain experience canvassing and learn how to navigate and who to coordinate with if they want to get involved with a campaign.  We shouldn’t take for granted that students know how to get engaged if they have the motivation.  Second, from an academic perspective, students will learn the implications of the McGovern-Fraser reforms (and subsequent reforms in both parties) on campaign strategy.  There are many strategic considerations made that are never discussed in the media or in academic publications.  Third, the students will have many opportunities to talk with voters in New Hampshire who likely share different perspectives than them.  Too frequently at my college, classrooms lack diversity of viewpoint.  Not only is tolerance a keystone of democracy and an essential component to cultivating civic engagement, but students’ intellectual growth is limited when their viewpoints are not challenged. Fourth, my students will be working with and meeting young campaign staff who, not long ago, were also college students.  Learning from campaign staff members about how they got to where they are and being able to build out a professional network is very valuable.  The students will become more resilient both because of the nature of trips like these and having to roll with the punches and unanticipated challenges, but also because they will be braving the cold New Hampshire weather.  Lastly, this trip will add another layer of democratic engagement to students’ development as fully engaged members of their communities.

We are a week away from our departure as I write this blogpost.  I have spent a bit of time connecting with campaign organizers and state directors.  As one might imagine, the well- financed campaigns are much more organized and have an impressive team of staff ready to welcome any and all campaign volunteers – college classes like us and groups of activists from other states.  I was even told of a group traveling from the Netherlands!  Other campaigns are not as organized but will surely benefit from some help on the ground to knock on doors and make phone calls.  There is no doubt in my mind this will be a tremendous learning experience for my students.  If you want to know how it goes – check back next month where I’ll write a follow-up blog post.

Nina Kasniunas is an Associate Professor in Political Science at Goucher College.  She regularly teaches courses in American politics including: The American Political System; Congressional Politics; Presidential Politics; Organized Advocacy; The Election 2020; and Education Policy. Dr. Kasniunas’ research interests center on organized interests within the American political system.  She has written on the campaign strategies of organized interests, using re-enactment of Supreme Court oral argument in the classroom, gay rights, and how the Bush administration used the courts to advance religion.  Democratic engagement is a core concern for Professor Kasniunas; she leads a range of efforts on and off campus to engage students.  Her efforts in improving student voter engagement on campus led to her receiving the faculty standout award from the ALL In Democracy Challenge.

[1] I chose Manchester because an older USA Today article cited Manchester, New Hampshire as the most visited city by presidential candidates in the United States.  Also, I have at least one friend who lives there and is active in the political community; he works at Bill Shaheen’s lawfirm.  Bill Shaheen was the state director for Jimmy Carter’s campaign in 1976, the campaign that established for every candidate since how to navigate the primary elections in the post-Fraser-McGovern era.

[2] I am setting up a discussion fish-bowl for 30 minutes in each seminar where four students will engage in a discussion of the readings for 15 minutes and then after 15 minutes other students can “tap into” the fishbowl and replace one of the discussants if they want to contribute.  There is a point system setup and other roles to be played such as note-taker and discussion synthesizer/summarizer.