Jill Laufer, MA Graduate Candidate in Political Science & Director of Government & Community Relations for Associated Students Inc., San Francisco State University, is a guest contributor for the RAISE the Vote Campaign. The views expressed in the posts and articles featured in the RAISE the Vote campaign are those of the authors and contributors alone and do not represent the views of APSA 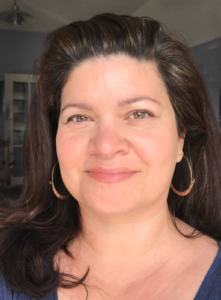 In this last year of my Master’s degree, I chose to take a newly created position within San Francisco State University’s student government – the Director of Government and Community Relations. One of the main goals of this position was to “develop and implement voter registration, education and engagement efforts to maximize student participation in the democratic process” (ByLaws, Associated Students, SFSU). As one of my primary research interests is political efficacy activation in youth, this seemed like a great way to devote time to the service and further enrichment of this student body in my final year.

San Francisco State University (SFSU) is located in the heart of the Bay Area and has a warm and active community with a very diverse student population of nearly 30,000 full and part-time students. One of our first events of the year was held on National Voter Registration Day, September 24, where we registered nearly 100 students in just a few hours. On the lead up to the registration event, and also in my capacity as a TA for a large Introduction to American Politics course, I took an informal survey of those students who when approached were uninterested in registering or voting, many of whom were eligible for the first time. Why did they not want to participate? I found that many of the students who were most reluctant to register or consider voting were the least familiar with the basic how-to of voting. These students were generally interested in topics and issues affected by politics, and many wanted to participate. The problem for many was that they were unsure of where to even start. 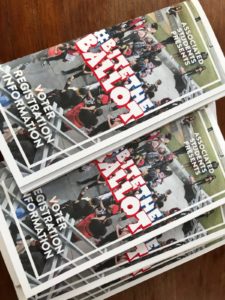 As much of the youth non-voter literature suggests, what could be interpreted as disengagement is really just too little exposure to knowledge about the process of registering and voting.

This lack of exposure leaves you unsure of how to participate and creates a confidence gap at the beginning of their relationship with the electoral process. This can stymie a sense of political efficacy in the process itself.

In their 2007 study Lynda Lee Kaid and Mitchell S. McKinney examined strategies of what works best in raising young people’s sense of political efficacy. Young people process information differently than adults and also get information from different sources than adults. Exposing youth to political information, they found, does positively affect their sense of confidence and helped in boosting their confidence to cast a ballot, what they call political information efficacy. I decided to apply this finding to SFSU and pitched an idea to the team at Associated Students to help get young people registered to vote. We brainstormed an approach to help students feel more prepared to begin this new relationship with the electoral process and created a new initiative on the ‘How-Tos’ of registration and voting.

The SFSU Associate Students External Affairs Committee wrote and designed a set of materials; print, emails, an Associated Students web-page and branded the campaign #BiteTheBallot. We distributed the brochure throughout the campus, during Introduction to American Politics courses, featured it on SFSU’s Instagram account and sent an email, with direct links, to nearly 60,000 students, faculty and alumni.

Here is a quick overview of what we covered:

How Do I Vote?

Why Should I Vote?

Where Do I Vote

Who and What Should I Vote For?
Since this is dependent on the state, county and sometimes city level we give definitions of the two items on the California ballot: Candidates and Propositions.

Additionally, we provide a list of online resources including some specifically geared to college students including Voting in College and the Campus Voter Project.

A basic premise for this initiative is to avoid assuming young folks know where to start or have been given a basic civics education in high school or at home. Though we don’t know what the turnout will be until a few weeks down the road (this is California and I am writing this on Election Day) the hope is that demystifying the process helps relieve some of the anxiety students might feel of not feeling prepared. They can then review the political choices in front of them and have more confidence in participating in the process.

Jill L­­aufer is a graduate student in Political Science and a CSU Pre-Doctoral Sally Casanova Scholar, at San Francisco State University. Her research interests lie in the voting, activism and political behavior of young people and those of mixed-race ancestry in the US, with a focus on the activation of political efficacy and digital activism. In her MA thesis “Youth Partisanship, Political Participation and Issue-salience in Political Efficacy Activation” she has conducted survey framing experiments on how issues salient to youth, like gun violence and climate change, can have a generational appeal and activate larger identity frameworks that align youth to parties and boost. Jill has presented an early version of this paper at 2019 The Western Political Science Association and presenting at the upcoming 2020 Southern Political Science Association. After graduation, she plans on getting her Ph.D. in Political Science. Website