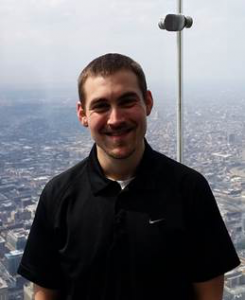 The surprising outcome of the 2016 presidential election led many people to question the credibility of public opinion polling. That’s a fair question, considering so many polls suggested Hillary Clinton would win the election. Twelve of the thirteen final national polls predicted a Clinton victory. Indeed, some forecasters pegged her chances of winning at ninety percent, or even ninety-nine percent.

So what went wrong with those polls?

The truth is, for the most part, the polls were actually right! National polls suggested Hillary Clinton would have a three-percentage-point lead over Donald Trump. In reality, she finished with a two-point lead nationally. That’s not bad when we consider the myriad challenges pollsters face as they try to capture the mood of an erratic public. True, sometimes pollsters err. But often polls appear wrong because we interpret them incorrectly. It is on all of us as citizens to familiarize ourselves with how polls work, and what they can and cannot tell us.

A slightly blurry photograph can still capture the general scene and the direction of the object, but the image will not perfectly reflect what is actually happening, nor necessarily what will happen. Polls are similar—they give us a fairly clear perspective on a given issue at a given time, but things can and do change.

Here’s the most important thing to remember about election polls: they are not instruments of prediction. Instead, think of them as slightly blurry photographs of an object in motion. The photograph tells us what is happening in one particular moment, at one particular time. A slightly blurry photograph can still capture the general scene and the direction of the object, but the image will not perfectly reflect what is actually happening, nor necessarily what will happen. Polls are similar—they give us a fairly clear perspective on a given issue at a given time, but things can and do change.

To be better consumers of polls in 2020, it is helpful to look at what happened in 2016. Let’s consider some of the reasons polls appeared to miss the mark during the last presidential election cycle.

How to be an expert poll consumer in 2020

Do all these challenges render polls meaningless? Absolutely not. The problem isn’t that polls are inherently bad, it’s that they are inherently biased. Polls contain error that is rarely put into perspective on television, at a bar, or around the dinner table. To get the most out of the polls in 2020, we need to put their results in context. Here are some steps that will help you do so.

Many critics of polling in the 2016 election unfairly indicted polling itself as a dubious enterprise. Sure, pollsters made some errors, but the truth is perfect polling is nearly impossible to achieve: representative samples are hard to get, respondents may not report future behavior accurately (intentionally or otherwise), and pollsters have to make best guesses that do not always work out. Therefore it is crucial that we inform ourselves about what polls can and cannot tell us, to remember that they are attempting to capture the views of an American public that are constantly evolving with new experiences, such as a global pandemic. In addition, remember that polls are snapshots in time, not perfect predictors of events. Just as weather data can give us a decent sense of what the temperature will be tomorrow, sometimes those projections are a bit off. In an election, being off a little bit sometimes means the candidate “behind” in the polls wins the race.

[1] Here are some more technical details: Scientific polls require researchers to make certain decisions, assumptions, and corrections regarding their samples and analyses. For instance, pollsters must determine which population of individuals to talk to. Many polls say they talk to “American adults” or “registered voters” or “likely voters.” But how do we define a “likely voter?” Someone who says they are going to vote? Someone who voted in the last election? The last three elections? Another issue pollsters must address is how to statistically adjust samples that suffer from a lack of representativeness. These corrections rely on educated assumptions that can sometimes be off. For instance, in 2016, many state polls did not adequately correct for an over-representation of highly educated voters. The result? These polls did not fully capture support for Donald Trump, who enjoyed support from many people with less formal education. Indeed, weighting surveys for education continues to be tricky business.

Eric Loepp (Ph.D., University of Pittsburgh) is an assistant professor of political science at the University of Wisconsin-Whitewater, where he teaches courses in American government, political behavior, and research methods. His research focuses on candidate evaluations and electoral decision-making, particularly in primary elections. This work has been published in such journals as Electoral Studies, the Journal of Elections, Public Opinion, & Parties, Research & Politics, American Politics Research, and PS: Political Science & Politics.