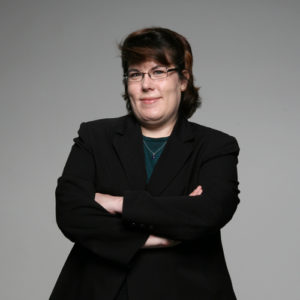 Every election has winners and losers. After the election, some of our students will be ecstatic, while others will be devastated. Both groups, however, will almost certainly have questions. Many will have unrealistic expectations and concerns about the next four years. After an election, my courses occasionally feel like a talk show fielding questions from students looking to me for guidance. Over the years, I’ve started to devote the class after election day to exploring the early findings derived from exit polling. It helps give the students a place to try to understand what is going on without the partisanship all too present within their social media. For many of our undergraduate students, this election is the first one in which they have ever participated. They anxiously awaited their moment to vote and are heavily invested in the outcome. They devoted large amounts of emotional resources anticipating the results. Some will be disappointed, and it is our job to help prevent them from becoming disillusioned. Some will be thrilled, and we can help give them perspective about what to expect from their candidates in power. As political scientists, our discipline can help lend insight to understand the election and prepare us to help students understand what they can expect in the next days, months, and even years.

We have a unique opportunity to show our passion for our fields of research and to help explain different perspectives about the election outcomes.

Most of us chose this profession because we deeply care about the subject matter. We love these areas so much we decided to devote an entire career to better understanding them. We worked hard and became experts (or at least enthusiasts) within the political science discipline. The period after the election is our time to shine for our students. We have a unique opportunity to show our passion for our fields of research and to help explain different perspectives about the election outcomes. Every one of our fields has important and useful contributions to election discussions. Americanists are often in their element with the election impacting large swaths of their research in a myriad of ways. Comparativists can highlight commonalities and differences within other places abroad. In addition, both comparativists and specialists in International Relations can lend insight towards the impact of American elections to other places all over the world. Political theorists can help us understand how these elections define major ideas within ourselves and our lives. Students learn what is happening from news sources and social media. Our expertise, as political scientists, gives us the ability and insight to explain why the results occurred in the way they did with context.

One of the most important things we can do with our students after the election is to encourage them to respect people on all sides of the election. It’s easy to distill people down to their choices and assign labels based upon quick perceptions. Several years ago, I had a student who was a die-hard partisan because a politician personally intervened to allow his family to immigrate to the United States from behind the Iron Curtain at the height of the Cold War. His support and choices are born from a belief that the debt to his family can never be adequately repaid. His choices in elections are always born from this point of view and when you understood the logic, I understood his positions. The only thing it cost was the time to listen to him. We can all only speak the truth through the lens of our lives. The world bounces off and reacts differently towards each of us. My story is not your story. My experiences are not your experiences. As we move forward after a national election, I believe it is critically important that we respect other viewpoints. We don’t have to agree with them, but we have to give everyone their own space. This task can sometimes feel almost impossible. National elections can exist as a time to reflect and change or as an opportunity to drive deeper wedges that push us further apart. In eras with polarizing opinions, it is easy to talk across each other while invalidating or dismissing other points of view.

As political scientists, we are on the front lines with our students for every election. Election periods give the political science discipline a unique opportunity to give our students our best and highlight exactly why we specialize in our areas. Our attitudes can help encourage students’ civic engagement for decades or sour them towards the entire democratic process. When students randomly contact me to let me know about how my courses have impacted their lives, it makes my day. We have a chance to help foster attitudes towards the American political system that will impact our students for the rests of their lives. At these moments, most will not remember our words, but rather, the emotions, mannerisms, and professionalism we put on display. I’m going to do my best to be the professor my students need in the days and weeks following the election. During the election in 2000, I was a young PhD student at University of Florida. Our state was ground zero for the election results. I remember feeling anxious, but I also remember our professors being patient, insightful, and thoughtful about the situation. They helped set a tone that made us all feel interested and engaged about the process unfolding in front of us. I remember some of them emphasizing that while it was unusual, our system was capable and able to handle these complications. Their actions, and also reactions, helped carry me forward on this career path. Twenty years later, I’m likely going to be the professor students look to for answers and I hope I can live up to the professionalism mentored to me years ago.

Shannon Bow O’Brien is an Assistant Professor of Instruction at the University of Texas at Austin in the Government Department. She specializes in American Politics with an emphasis on the American presidency and political development. Her most recent book, Donald Trump and the Kayfabe Presidency: Professional Wrestling Rhetoric in the White House, explores the president’s usage of theatrical language for rhetorical and political advantage.