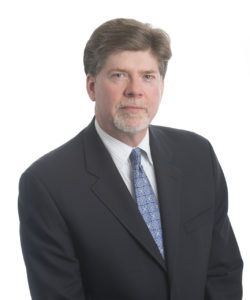 As the coronavirus has resulted in a national public health emergency, states are postponing their primaries to lessen contact among individuals in the hope of lessening the spread of the virus—Maryland among them.  The Old-line state has shifted its primary to June 2nd, where it will be joined – as of now – by Rhode Island, Ohio, the District of Columbia, New Jersey, New Mexico, South Dakota, and Montana (and potentially others).

Whereas Ohio and New Jersey will receive the lion’s share of the media’s attention given their number of delegates (136 and 126, respectively), Maryland will not be ignored given that it is not far behind at 96.  With the possibility of a contested Democratic convention, Senator Bernie Sanders and former Vice-President Joe Biden will be seeking to win as many delegates as possible in an effort to reach the magical 1,991 threshold needed to win on the first ballot.

Maryland is a solidly Democratic state; both Senators, seven of its eight House members (there is a special election being held to replace Rep. Elijah Cummings (D), who recently died), and nearly 70 percent of its state legislators are Democrats.  Most members are progressive, although there are some moderate and conservative Democrats in the rural areas of the state.  Maryland has voted Democratic in seven consecutive presidential elections most recently giving the party nominee, on average, more than 60 percent of the vote.

Much of the Democratic party’s strength resides in Montgomery and Prince Georges counties, two counties adjacent to Washington DC, Baltimore City; and Baltimore County.  These four jurisdictions alone account for 55 percent of registered voters statewide and 67 percent of all Democratic voters.  Two of the key voting blocs within these areas are African Americans and federal employees. Republicans fare better in Western Maryland and the Eastern Shore, which are more rural and conservative.

Maryland has voted Democratic in seven consecutive presidential elections most recently giving the party nominee, on average, more than 60 percent of the vote.

In recent years, Maryland primaries have tended to favor the frontrunner.  In 2000, Al Gore defeated Bill Bradley, in 2004, John Kerry defeated John Edwards, in 2008 Barak Obama defeated Hillary Clinton (this is the one exception), and in 2016 Hillary Clinton defeated Bernie Sanders.  In each of these instances, the winning candidate won with more than 60 percent of the statewide vote.  Similarly, on the Republican side, the leading candidate won as well, with Bush defeating McCain in 2000, McCain defeating Huckabee in 2008, Romney defeating Santorum in 2012, and Trump defeating Kasich and Cruz in 2016.

Rules of the Game

Maryland Democrats also will have another 21 super delegates.  These delegates are party leaders who are guaranteed a spot on the convention floor but are barred from voting on the first ballot.  This restriction was put in place after the 2016 race, when the backers for Senator Bernie Sanders complained that former Senator Hillary Clinton had an unfair advantage in the race, since so many of the unelected delegates backed her.  If neither Democrat secures a majority of the delegates through the nomination process, look for the issue of super delegates to be a major point of contention not only leading up to, but during the convention.

If neither Democrat secures a majority of the delegates through the nomination process, look for the issue of super delegates to be a major point of contention not only leading up to, but during the convention.

On the other hand, the Republicans will apportion their 38 delegates based on a winner-takes-all formula.  Under this approach, the candidate who receives the most votes in a congressional district will receive all the delegates assigned to that district.  From the party’s perspective, a winner-takes-all approach brings the nomination contest to an end earlier allowing the party more time to unify for the general election.  The Republicans do not have super delegates.

Both the Democrats and Republicans in Maryland have chosen to select their candidate in a closed primary, which means that only party members can vote in their primaries.  Independents are not eligible to participate in either primary.

Maryland allows individuals who have not yet registered to vote can do so online through April 7th; and afterwards,  the individual must register in-person during the early voting period (April 16 – 23) or on primary day.  Given the delay in the Maryland primary, these dates could change.  In recent years, the state has tried to make it easier for people to register in an effort to increase voting.

Maryland allows individuals who have not yet registered to vote can do so online through April 7th; and afterwards,  the individual must register in-person during the early voting period (April 16 – 23) or on primary day.

Senator Biden will have the advantage in the primary given his strong support within the African American community, and Marylanders familiarity with him both as a Senator from the neighboring state of Delaware and as Vice-President.  Sanders goal will be to win delegates rather than the primary.  To do this he will need to mobilize the increasing Hispanic community within Maryland, as well as the large student populations in the Baltimore and Washington regions.  Every delegate counts.

On the Republican side, only President Donald Trump and former Massachusetts Governor William Weld are on the ballot.  Given that Weld has withdrawn from the race, the President will easily win all the delegates towards his re-nomination.

If you haven’t registered to vote, I encourage you to do so.  This year your vote may truly make a difference!

Vincent Stine, PhD, MPA, is an adjunct Professor of Political Science at George Washington University, where he teaches American Political parties and Religion and Politics.  Dr. Stine also has more than 30 years’ experience working in the public policy arena, both as a congressional staffer and a lobbyist.