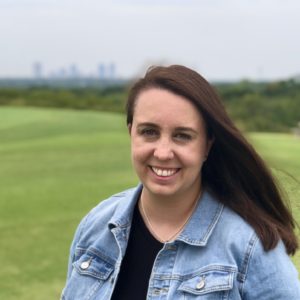 In Tarrant county, Texas, President Trump is on the ballot—in more ways than one. Republican incumbent sheriff Bill Waybourn, first elected in 2016, has been an advocate for Trump’s immigration policies, signing a 287g agreement that deputizes jail officers to enforce immigration laws and frequently appearing on right wing media. Local immigration activists began organizing a campaign last year to remove Waybourn from office in the upcoming November election, making a case for new leadership with challenger Vance Keyes. The New Sheriff Now Tarrant County coalition points to the need for transparency and accountability in the sheriff’s office following a spike in deaths in the jail and loss of state certification for the jail. Moreover, this contentious local election demonstrates the importance of informing citizens about down ballot races.

You might expect this competitive race to be making major headlines in local news. A county of more than two million people, Tarrant County is becoming more diverse in demographics and increasingly voting for Democratic candidates, narrow 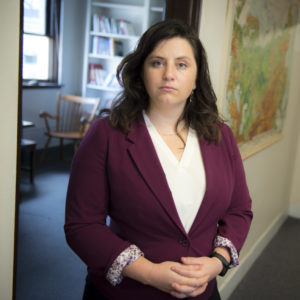 ly going for Trump in 2016 with just over 50% of the vote. However, as Meeks’s research shows, little attention is paid to sheriffs’ races, leaving voters with a lack of adequate information to make informed choices. Although the local newspaper has done excellent investigative work revealing the problems in Waybourn’s jail, the race for sheriff has garnered limited and late attention during this election cycle. There are no known plans for a candidate debate.

It can be difficult for local races to attract public attention, despite the importance of these positions in citizen’s lives, as the Knight Foundation details. This difficulty in accessing information can have important consequences for local politics, particularly as presidential partisanship impacts the local arena in a time of nationalized local politics. These down ballot races pose a challenge: off cycle local elections struggle with low, unequal turnout, and on cycle races struggle for attention. As local newspapers face serious budget cuts, the opportunity to learn about down ballot elections becomes even more difficult, potentially disadvantaging candidates of color, as work by Crowder-Meyer, Kushner Gadarian and Trounstine shows. For the office of sheriff, which is already unrepresentative as overwhelmingly white and male, this creates a serious difficulty in ensuring the office is representative and accountable through elections.

It can be difficult for local races to attract public attention, despite the importance of these positions in citizen’s lives…

Our research shows that sheriffs are key policymakers in the communities on a variety of policies, including intimate partner violence and immigration. For example, we show that sheriffs who believe in rape and domestic violence myths are less likely to provide services to domestic violence victims. Our findings suggest that understanding the candidates for sheriff is especially important, particularly given other research that shows the long, insulated tenure of sheriffs and discrepancies in sheriff attitudes and public attitudes in general on issues like immigration.

Our recommendation is to do your research when it comes to down ballot races. To inform yourself as a voter in a local sheriff race, this might mean looking for news stories about the jail or searching for information outside of traditional local news outlets and on social media websites such as reddit. Subscribe to your local newspaper so that they can afford the coverage these important races deserve.

Emily M. Farris is an associate professor of political science at Texas Christian University. She researches and teaches in the areas of urban politics and political representation.

Mirya R. Holman is an associate professor of political science at Tulane University. She researches American politics and public policy, with a focus on state and local politics, gender and politics, research methods, and environmental politics.

Posted in 2020 Election, RAISE the Vote, Voter education and engagement