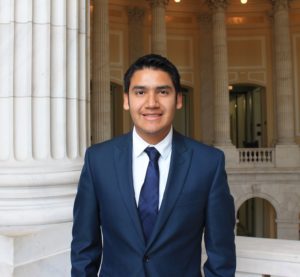 Inspired by the legacy and lessons learned from the historic 1964 Freedom Summer, students from UC Santa Cruz and UC Merced took their energy and activism home to the Central Valley of California over the summer of 2018 as part of the Central Valley Freedom Summer (CVFS).[1] A participatory action research project, CVFS engaged students in investigating and participating in non-partisan voter education and grassroots organizing efforts targeting youth in low-income communities in the Central Valley. Through university-community partnerships, CVFS placed and trained students as interns and action researchers in 501(c)(3) nonprofit organizations to support and inform grassroots organizing and voter engagement efforts in the region.

Why the Central Valley?

Though California is often illustrated as a leader when it comes to issues like combating climate change and investing in education, many communities in the Central Valley are among the most polluted and least educated in the nation. In some cases, rates of poverty and unemployment in the Central Valley are double that of the state of California and the United States. The Central Valley also faces what some call a “brain drain”—a phenomenon in which individuals who educate themselves outside of the Valley fail to return to their communities, which lack the same job opportunities they might find elsewhere.

Previous research tells us that youth, individuals who are low-income, and people of color are less likely to participate in traditional forms of participation like registering and voting in elections.[2] Unfortunately, this also means that during election season, candidates and campaigns tend to focus their resources on voters who are “more likely” to turn out, an electorate that is usually older, whiter, and not as representative of the population. However, young people and people of color make up the majority in most Central Valley communities. In five of the major counties, more than 60% of residents are Latinx, Asian, or Black. The Central Valley is also home to large immigrant communities and mixed-status family households where parents may be limited in their capacity to participate directly in elections due to their citizenship status. Previous research also demonstrates that youth who come from low-income immigrant families are less likely to learn about government and elections from their parents.[3]

CVFS then, served as a way to target a group of voters and a region that is often overlooked, under-studied, and, most of all, underestimated.  Student leaders worked with community-based organizations to plan events over the summer including youth conferences and gatherings which engaged other young people on issues that directly impacted their communities such as the environment, health, education, immigration, water and pesticide reform.

Taking lessons learned from the original Freedom Summer efforts, CVFS student leaders were not outsiders to the communities they were working in.

Instead, they were individuals who already had ties to the Central Valley and who had an interest in returning to uplift their communities. Representative of the communities they were connecting with, CVFS leaders were racially and ethnically diverse. In preparation for the summer, they spent their time taking coursework learning about community organizing, the history of the Valley, and valuable research skills, including how to collect participant observations, interview, and survey data.  As CVFS leaders registered and pre-registered youth, they also wrote extensive ethnographic field notes in order to document their experience and observations.

Highlighting some best practices: student leaders de-mystified the registration process for many youth, guiding them step by step throughout the process. Notably, youth leaders described the importance of participating in every election, including local elections and midterms. CVFS leaders illustrated local initiatives that had passed by razor-thin margins in the Valley, emphasizing that their voices mattered and their votes could shape policy. In addition to this, they also illustrated how youth who are ineligible to vote because of their age or legal status can still play a crucial role in shaping their communities by registering others, canvassing, and making calls for campaigns that they support. The workshops that CVFS leaders presented were all youth-led, designed by and for youth. Using personal narratives about their own experiences (as well as the occasional meme), CVFS leaders were able to connect to youth personally. During their presentations, when youth were shown that 57% of voters aged 65-74 turned out to vote in the 2014 midterm election when only 8% of youth from the ages of 18-24 turned out, young people shook their heads furiously and were determined to change that outcome for 2018. 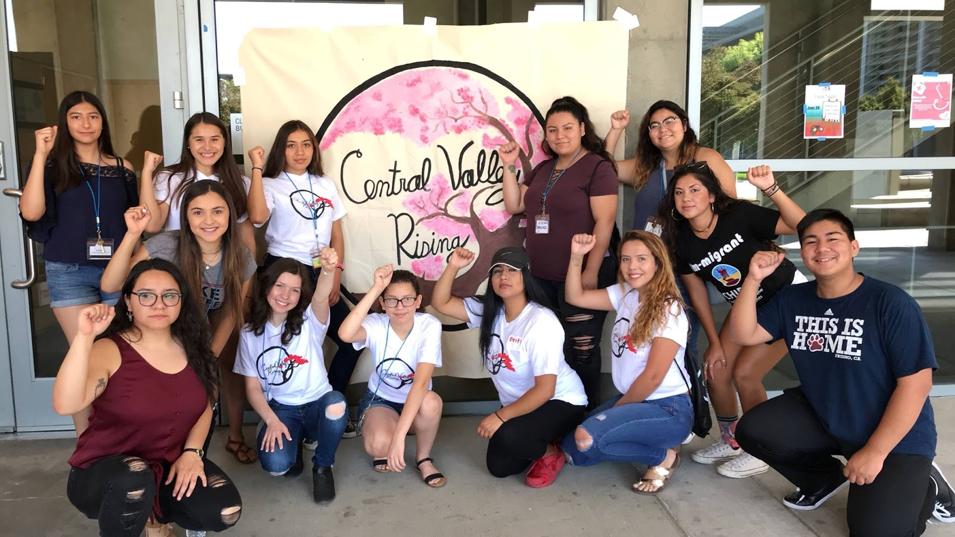 And in fact, they did. CVFS student leaders registered and pre-registered over 4,000 young voters in the Valley! The number of young adults aged 18-24 who voted in the Central Valley jumped from 32,414 to 85,007, an impressive 262% increase. When young people saw the connections between how politics and voting shape their lives, lightbulbs went off. We cannot pretend that youth don’t care about politics, but educators, campaigns, and candidates must do more to invest their time and resources on our future electorate. CVFS is just one example that demonstrates how we can bridge politics and civic engagement not only to students in the classroom but beyond, to communities and groups of people that are often overlooked by traditional campaigns.

Randy Villegas, a PhD student in the Politics Department at the University of California, Santa Cruz, is a guest contributor for the RAISE the Vote Campaign. The views expressed in the posts and articles featured in the RAISE the Vote campaign are those of the authors and contributors alone and do not represent the views of APSA.

Before beginning graduate school, Villegas worked as a journalist and an organizer in Kern County, CA. Villegas earned his BA in political science at CSU Bakersfield in 2017, and his Associate degree in political science from Bakersfield College in 2015. After graduate school, he hopes to return to his community or an underserved area in the Central Valley to inspire other young scholars and to make a difference.