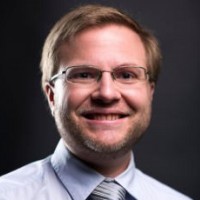 This year’s Kentucky primary election will take place on Tuesday, June 23rd, 2020. Below are answers to all the questions you wanted to ask about the primary but were too afraid to ask.

When are the primary elections?

While originally scheduled for May 19th, the primary election was postponed to June 23rd due the ongoing COVID-19 pandemic. In a collaborative agreement between Democratic Governor Andy Beshear and Republican Secretary of State Michael Adams, Kentucky election officials are encouraging a combination of in-person and mail-in absentee voting as well as providing a limited number of in-person voting locations in each county.

How do people vote in this year’s primary elections?

Kentucky has a closed primary system, which means that voters have to be registered with a political party in order to participate. Voters can vote on June 23rd at a limited number of in-person voting locations in each county, or if a voter would prefer to vote absentee, the Secretary of State’s office has set up an online portal for voters to request an absentee ballot request form. These can also be requested at a voter’s county clerk’s office. The last day to apply for an absentee ballot is Monday, June 15th. After completing and submitting the absentee ballot request form, the voter is then sent an absentee ballot, which can be completed and submitted to their local county clerk’s office, postmarked through June 23rd.

Earlier this year, Kentucky’s state legislature passed a law that would strengthen Kentucky’s existing guidelines which require some form of identification at the polls.

So far, no similar provisions have been made for the general election in Kentucky this November. At present, the election on November 3rd is planned to take place as normally organized, with regular in-person voting protocols.

Earlier this year, Kentucky’s state legislature passed a law that would strengthen Kentucky’s existing guidelines which require some form of identification at the polls. Beginning this fall, voters will be required to present a government-issued form of identification. This law was originally vetoed by Governor Beshear but his veto was subsequently overridden by the state legislature. It has since been challenged in federal court by the ACLU.

Turnout for Kentucky’s 2018 primary election was a dismal 24% compared to an equally dismal 21% for the 2016 primary election. A spokesperson for the Kentucky League of Women Voters recently predicted that with all the changes in voting protocols due to the COVID pandemic, turnout may be even lower this year. That said, Fayette County Clerk Don Blevins is more optimistic, recently predicting that the increased availability of mail-in voting might boost turnout to more than 40%.

Who will win the presidential primary elections?

Vice President Joe Biden is very likely to win Kentucky’s presidential primary. Election forecasters at FiveThirtyEight are predicting that Biden will win roughly two-thirds of the vote compared to roughly one-third for Senator Bernie Sanders. This forecast, though, is based only on historical and democratic factors given that there has been no reliable public opinion polling for Kentucky’s presidential primary this year.

Even though Vice President Biden is now the presumptive nominee, if Senator Sanders wins more than 15% of the vote in Kentucky (either statewide or in a congressional district), he will receive pledged delegates from Kentucky to attend this year’s Democratic National Convention and help shape the party’s platform moving forward.

While there has been no head-to-head presidential primary polling this election season in Kentucky, a state-wide exit poll fielded during last November’s gubernatorial election showed that both Joe Biden and Bernie Sanders are viewed favorably by Kentucky Democratic voters with about three-quarters saying that they have either a “very” or “somewhat” favorable opinion of the two candidates.

For their part, Republican primary voters may vote for either incumbent President Donald Trump or vote “uncommitted.” Given that Trump enjoys a nearly 90% approval rating among Kentucky Republicans, he will almost certainly win the primary and thus all of Kentucky’s delegates to the Republican National Convention later this year.

A more interesting question: who will win the Senate primaries?

In a recent debate, McGrath presented herself as an electable moderate who can appeal to Trump voters while Booker and Broihier hammered her for these moderate positions and presented themselves as solidly liberal alternatives. While there is, again, a conspicuous absence of head-to-head polling in this race, McGrath is heavily favored to win due to her name recognition and fundraising advantage, as well as her strong endorsement by the Democratic Senatorial Campaign Committee. That said, Booker’s profile has risen in recent days due to his visible participation in the ongoing protest events in Louisville surrounding the deaths of George Floyd, Breonna Taylor, and others.

For his part, Republican Senator Mitch McConnell is facing only token opposition from his seven primary challengers, despite having a relatively tepid approval rating of only two-thirds of Kentucky Republicans.

An even more interesting question: is there a chance that the winner of the Democratic primary could upset Mitch McConnell this fall?

Mitch McConnell has represented Kentucky in the US Senate since 1984, winning reelection in 2008 and 2014 with around 55% of the vote, despite being one of the most unpopular senators in the country. A smattering of polls from January show McConnell and (likely challenger) McGrath in a statistical tie.

That said, partisans tend to vote for their party’s candidate in federal-level elections, and roughly 53% of Kentucky voters identify as Republicans or Republican-leaners. Assuming this pattern holds, McGrath will need to persuade and mobilize the handful of voters who identify as pure Independents as well as a critical mass of Kentucky Republican voters, 90% of whom have a favorable view of Donald Trump, in order to win.

There is some recent precedent for this. Last year, Democratic Governor Andy Beshear won an extremely narrow victory over unpopular Republican incumbent Matt Bevin by, in part, winning 16% of Republican voters. This may not be a “perfect parallel,” though, as Perry Bacon Jr. has written, “because governors races tend to be more localized and Senate races more nationalized. In 2016, every US Senate election was won by the same party that won the presidential race in that state.”

According to exit poll data from last year’s gubernatorial election, the 10% of Kentucky voters who approve of Trump but not McConnell voted 70% for the Republican gubernatorial candidate and 26% for the Democratic candidate (compared to those who approve of both Trump and McConnell who voted 85% for the Republican and 12% for the Democrat). This suggests that Kentucky voters who don’t like McConnell but have a favorable view of Trump (who, according to the poll results, tend to be less firmly Republican and also significantly younger) might be willing to break for a Democratic senatorial candidate as well this fall.

The key question, I think, will be whether Kentucky Republican voters see Mitch McConnell as more like Trump (who they like a lot) or more like former Governor Matt Bevin (who they didn’t like as much). If the latter, the result on Election Night this November might be razor-thin, regardless of whoever ends up winning Kentucky’s Senate seat.

Dr. Benjamin R. Knoll is the John Marshall Harlan Associate Professor of Politics at Centre College in Danville, Kentucky. He earned a PhD in political science from the University of Iowa and specializes in public opinion and voting behavior. Along with Cammie Jo Bolin, he is the coauthor of She Preached the Word: Women’s Ordination in Modern America (Oxford University Press, 2018).