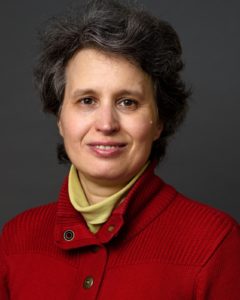 2020 is an important electoral year in the United States. Voters have the opportunity to cast their ballot for a candidate to the House of Representatives, the Senate, and the White House. Whenever elections occur in the US or abroad, the main call from political parties, government institutions, or the media is always the same: V-O-T-E! Electoral turnouts have been used as good evidence of democratic engagement, often measured longitudinally to understand whether citizens are more or less involved in governance. Historically, the US enjoyed a reputation for being a good example of civic involvement in democratic government. Because the US is one of the oldest democracies in the world, many Americans consider themselves to be reliable voters when the electoral cycle called them to action. But long-term data on turnouts in America have created doubts about whether the US can actually claim that electoral participation is strong. Voter turnouts from other democracies with an established electoral history have provided examples of electoral engagement that is not only higher on average, but also more consistent. Yet, even other stable democracies with a history of strong voter turnouts have demonstrated their susceptibility to electoral instability.  Loyal voters for generations, Europeans are now becoming less inclined to show up to vote. Europe is now suffering from the same illness once associated primarily with the US.

According to turnout data for registered citizens available from the website of the International Institute for Democracy and Electoral Assistance, the highest turnout reported since the 1960s in the US was in 1968: 89.66%.

The lowest number for electoral participation was recorded in 2014 with 42.50%. Despite the large gap between those two extremes, the expected turnout rates over the last 20 years have stabilized. On average, Americans went to vote at a rate of about 56.27%: nearly one in two registered voters did not show up at the polling station. Whether this number is low or acceptable is difficult to assess without a proper context within the community of democratic countries. For instance, if I consider the most recent elections in the US (the midterm elections of 2018), the actual voter turnout of 56.84% was higher than any of the previous midterm turnouts over the last two decades. As such, this realization may make citizens believe that democratic engagement in the US is strong. Yet, a broader comparison with the most recent turnouts across members of the European Union (EU) would offer a different interpretation.

All of the current 27 members of the EU are democracies, some of them with a long history of electoral practices, whereas others (the Eastern European countries) have a more recent experience with democratic elections. All this considered, still 20 European countries registered higher turnouts in their most recent parliamentary elections than the US in 2018. Among the seven EU countries that reported a lower turnout rate than the US, most of them were Eastern European nations (the outliers being Portugal (48.57% in 2019) and France (48.70% in the first round parliamentary elections of 2017) Even in some of the better performing electorates, turnouts have weakened.

Despite a strong showing at election time overall, the EU still experiences a significant inequality in levels of electoral participation across its members.

The lowest turnout in the most recent elections was in Romania, with only 37.79% of registered citizens voting in 2016. At the other extreme of this participation spectrum, Malta reported a turnout of 92.06% in 2017. Just as the US has experienced turnout volatility over time, with some stabilization in recent years, the EU is still struggling with a severe turnout deficit in some of its member states.

It goes without saying that low turnout rates, particularly those below 50%, cast doubts on the validity of an election as much as on the accountability of elected government. Even when including possible explanations such as mandatory voting or automatic registration, persistent differences in voting turnouts across democracies call into question whether elections are viewed everywhere as an important component of governance. Without most of the people expressing their political preference, democracies are left in the hands of a minority of the population. Then it is not rule by the people, but it becomes instead rule by a minority number of people.

Without strong and consistent voting turnouts in elections democracies cannot survive, which would make caring about candidates or programs irrelevant.

When citizens in the US are preparing to cast a vote in November, they need to keep in mind that the usual celebration of the winners, combined with the commiseration for the losers, is only part of the number crunching electoral management. More importantly, in the US or abroad, citizens need to be concerned more about turnouts than candidates, parties or electoral promises. The relevance of any political victory is lost when electoral turnout is low. Lack of sufficient voting engagement negatively affects any action taken by elected governments, who may be lacking political legitimacy. Without strong and consistent voting turnouts in elections democracies cannot survive, which would make caring about candidates or programs irrelevant. Even in cases where turnouts used to be strong, guarantees for high electoral participation are now far and few between. This is now the new normal in many democracies.

Francesca Vassallo is an Associate Professor of Political Science at the University of Southern Maine, USA. Her teaching and research interests include French Politics, the European Union, European politics, comparative political behavior, European public opinion and digital activism. Her research has been published in peer-reviewed journal articles and book chapters with Palgrave Macmillan, Cambridge University Press, and Berghahn among others. She has served as a guest editor for special issues of German Politics and Society (2013), dedicated to the Fifty Years of the Elysee Treaty (2013), and PS: Political Science and Politics (2018), focused on the development of protesters as political participants. Her book France, Social Capital and Political Activism came out in 2010.  She has received a Europa Policy Lab Fellowship for 2018-2019 from the Australian National University’s Centre for European Studies and a 2018 Summer Institute Scholar Stipend from the National Endowment for the Humanities. She has been a Visiting Scholar at the University of California, Irvine and is on the Fulbright Specialist Roster of the US Department of State. She has lectured and given presentations in her field of research at universities, public opinion forums and government agencies in many countries, from North America to Europe and Australia. She is currently working on a book investigating France’s role in European integration over time and a research project on voting probabilities in young citizens worldwide.