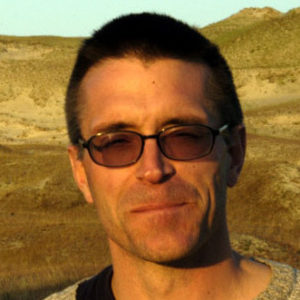 Without question, I anticipate the coming semester to be the most difficult of my college teaching career. Like many others, I will provide virtual instruction in all my courses—an unforeseen challenge, but also an invitation to do things differently. My students and I face a pandemic that threatens health and livelihoods, but I think we can work with these difficulties. No, the most fundamental challenge I anticipate is the need to explain and defend the democratic processes and norms of the political system of the United States. The very assumptions of civic engagement now are threatened to an extent that I have never witnessed in this country. At this time when so much about our institutions is being challenged by events and political currents, I have responded by increasing my focus on the fundamentals, not taking for granted my students’ understanding of or agreement with the building blocks of democratic governance.

As I have watched the changes in our political system, I have modified my curriculum and my teaching methods.

This situation did not arise suddenly. For the last four years, I have balanced the necessity of maintaining a non-partisan approach with the imperative of noting examples when democratic institutional norms are violated. Calls for the peremptory jailing of political opponents characterize dictatorships, not democracies. Vilifying the free press weakens a key element of democratic governance, and raises the potential of authoritarian rule. Ignoring judicial rulings runs contrary to the system of checks and balances that has been a foundation of our imperfect democratic system for more than 230 years. For the sake of our students and our democratic institutions, professors must clearly discuss such developments in our politics clearly, and note violations of norms unambiguously.

As I have watched the changes in our political system, I have modified my curriculum and my teaching methods. The year after the 2016 election, I designed and introduced “Mass Media & Democratic Politics,” a course examining how media consumption patterns affect the functioning of democratic institutions. The next year, I added an introductory lecture about epistemology to my American Politics course, making clear the civic responsibility we share to thoroughly question and investigate the information we use when forming our political positions. Two years ago, I wrote a detailed lecture to defend the very concept of democracy, understanding that no longer can I assume that my students and I share the opinion that democracy is a good thing.

Last year, I drew from the research of Acemoglu & Robinson (2006), and of Carles Boix (2003) to create an in-class exercise, effectively demonstrating how raising the stakes of the game affects democratic processes. Each student was randomly given a certain quantity of “money.” The majority of students received a modest sum, but a few students were allocated a sum that made them rich, in the terms of the game. I then formed small groups of students –and gave them the task of funding a bridge, a project that would benefit the community to which they belonged.

To fund this project, students allocated resources, redistributing wealth. As theory would predict, the student groups that contained wide differences in wealth were much less likely to successfully fund construction of an infrastructure project that would benefit the entire community. While there were some exceptions, in general the students with exceptional resources would not agree to cooperate with the democratic process of allocating funding for the project. They withdrew from the negotiations, believing that their own self-interest would not be served by a community project. The exercise was well received. The students got it. They experienced directly how stark differences in wealth hinder effective negotiation. And really, what is democracy in some sense than a constant process of negotiation?

While their analyses of democracy and institutions differ in particulars, Acemoglu, Robinson, and Boix explore how the scale of the material stakes affect the ability of democratic institutions to function. Boix makes the analogy to a card game. In order to play the game of democracy, there has to an acceptance that one may lose the game. The implicit understanding that allows democracies to function over time is that the stakes are not “all or nothing.” One may lose the game – lose an election – but then another game will begin at some prescribed time – and there will be an opportunity to win again.

As I plan this fall’s lectures and activities, I’ve pulled out a book that is not from the political science literature. Nonetheless, Getting to Yes (1981) by Fisher, Ury & Patton has a lot to say about how democratic institutions can function best. Nowadays the political process in the United States is usually seen as a competition, increasingly a zero-sum game. But negotiation is vital for democratic processes to function. And if we look at democratic governance as a set of negotiations about decisions, we perhaps can get some ideas about getting our system of governance back on track. The chapter headings alone provide guidance: Don’t bargain over positions. Separate the people from the problem. Focus on interests, not positions. Invent options for mutual gain. And insist on using objective criteria. Insist on using objective criteria! Wow. What a concept!

I am currently devising an exercise to demonstrate the connections between these negotiating principles and democratic institutions. Organizing such activities for on-line courses has its inherent problems but they are surmountable. Our democratic institutions now face existential threats. They too are surmountable, but to be overcome, it is our responsibility as instructors to face them and talk about them honestly to our students.

Eric Schwartz, assistant professor of political science, has been teaching at Hagerstown Community College in Hagerstown, MD since 2012. His primary research interests are comparative politics, international relations, and media studies. In his previous career, he was a newspaper reporter and editor.