Mary McHugh, Executive Director of the Office of Civic and Community Engagement at Merrimack College is a guest contributor for the RAISE the Vote Campaign. The views expressed in the posts and articles featured in the RAISE the Vote campaign are those of the authors and contributors alone and do not represent the views of APSA. 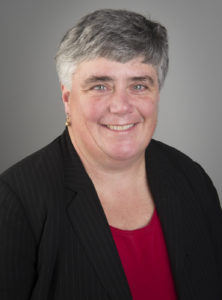 While it might feel as if the 2020 election has been going on forever, it really has just begun. As the calendar turns to January, actual voting will soon be taking place; though the road to the Democratic party nomination is not a straight line.  In February, it winds through the plains of Iowa to the mountains of New Hampshire, picks up speed crisscrossing the country in March and April, eventually ending at a national convention in the summer. It is important for eligible citizens to participate in the nominating process. But to do that, we must first understand the complexities of the primary and caucus systems and how they differ.

Candidates accumulate delegates in primaries and caucuses.  These delegates attend the national nominating convention and cast their votes for their candidates. Every state can have a different method of selecting delegates and political parties have different rules about the allocation of delegates. The Democratic Party awards delegates on a proportional basis, as long as a candidate meets the threshold of winning 15% of the vote. The Republican Party awards delegates through a mix of formats. No matter which selection method a state uses, the process allows the electorate to choose the candidate to run under a party label in the general election. For candidates, having a good campaign strategy to navigate through the puzzle of primaries and caucuses is important. Ultimately, whoever accumulates a majority of the delegates will become the party nominee when the delegates vote at the convention.

One type of selection method is a caucus. A caucus is a local meeting of citizens with similar partisan affiliations who decide during the meeting to support a candidate. While the definition may be simple, determining the results of the caucuses is actually more complicated. The local caucus is the first of several steps in the selection of delegates. Votes are tallied at local meetings then sent to district offices, then sent to state offices. The final allocation of delegates to the national convention may differ from the first night of caucus voting.

A caucus is held on a specific day and time in a variety of places (town halls, public schools, libraries) across a state.  State and party rules determine who may participate in a caucus and the procedures used. Depending on the size of the crowd, the meeting could last one hour or much more. Often, it is an engaging social event where neighbors visit as they listen to campaigns advocate for candidates and then decide the winner through public debate. Unlike other methods, there is a significant investment of time and one needs to be comfortable with public revelations of their own political beliefs. In addition, there are no procedures (no absentee ballots, virtual voting) to ensure that everyone can participate. However, the public tradition of being present and counted is important to caucus states. Fewer, but more ideological, people participate in caucuses in comparison to primaries.[1] In 2020, Iowa, Nevada, and a few other states and territories will be holding caucuses.

The Iowa Caucus will be held on Monday, February 3 at 7 PM. This is the major focal point for candidates and the media. A candidate’s ground operation is an important facet for success. Getting your supporters to go to a meeting and actively participate is the only way to win a caucus. While there only a few delegates awarded in Iowa, a victory there can be very symbolic. Winners of the Iowa caucus often become the frontrunners, getting a bump in the polls, more campaign funding, and extra media attention. Even so, nothing is guaranteed. After Iowa, there is still a long way to go.

Consider Robert LaFollette, Sr. a progressive from Wisconsin: “Under our form of government, the entire structure rests upon the nomination of candidates for office.  This is the foundation of representative government.  If bad men control nominations, we cannot have good government”

While caucuses are exciting because of their public nature, some states, due to Democratic Party rules, have had to employ political primaries instead. Political primaries are a uniquely American institution. They gained popularity in the early 20th century as part of the Progressive movement that worked to weaken control of political bosses and machines[2].

State laws govern primaries and determine how much of a partisan you need to be to participate. There are different types of primaries that states may use. A closed primary is the most restrictive.  You must be a registered member of a political party to vote. If you are not, you cannot participate. In recent years, some states have relaxed these rules to allow unaffiliated or independent voters to vote. These are called semi-closed primaries. Other states have semi-open primaries, which allow qualified voters to vote in either party’s primary but require that voters’ ballot choices are publicly recorded. Finally, an open primary allows any qualified voter the ability to participate in any party’s primary without record. Open primaries allow for the widest possible voter participation.

The benefit of a primary is that voters can participate at any time of the day instead of a fixed time. While a caucus could take up most of an evening, casting a vote in a primary takes a few minutes. Absentee and early voting are also available for those who are unable to make it to the polls on that specific day. Even though there more opportunities for participation, turnout levels in primaries (while higher than caucuses) are still relatively low and vary from state to state.

The state of New Hampshire will hold the first primary on Tuesday, February 11. Much like Iowa, there are not many delegates to be won in New Hampshire, but candidates spend significant amounts of time and money there to try to win or at least stay viable. After New Hampshire, the campaign continues and the delegate count rises. The entire primary calendar can be viewed here.

Why is it important to participate in your state’s caucus or primary?  Consider Robert LaFollette, Sr. a progressive from Wisconsin: “Under our form of government, the entire structure rests upon the nomination of candidates for office.  This is the foundation of representative government.  If bad men control nominations, we cannot have good government” [3]

Take a moment and look at your state[4].  What type of election method does your state have?  When is it scheduled? Are you registered to vote? Do you need an absentee ballot? Be sure to look at the deadlines and the rules involved.  No matter what candidate you support get out and vote!

Mary McHugh is the executive director of the Office of Civic and Community Engagement and an adjunct faculty member in the political science department at Merrimack College in North Andover, Massachusetts, where she teachers a variety of classes in U.S. Politics and American Political Institutions. She is a contributing author to both APSA’s publications:  Teaching Civic Engagement: From Student to Active Citizen and Teaching Civic Engagement Across the Disciplines.  She has also served as co-chair of the program committee for the Political Science Education division for the annual meeting of the American Political Science Association.