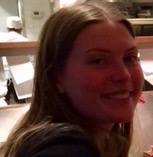 Political analysts and commentators have frequently described Donald Trump’s political communication and rhetoric as unprecedented. Yet during the ongoing coronavirus (COVID-19) pandemic, Trump’s communication and rocky relationship with the press has come under new scrutiny. In the past, playing politics in the midst of a crisis has been taboo, but it is impossible to ignore politics during a presidential election year. Trump’s treatment of the media throughout the ongoing pandemic has illuminated the ability of the president to shape dominant narratives through the magnification of the bully pulpit – the integral public platform of the executive office.

Despite controversy over some of his statements, until recently, Trump has remained committed to making statements at the daily White House coronavirus press briefings.

He has continuously relied on Twitter to reach his supporters, yet during the crisis, these briefings may offer an opportunity for him to reach a wider audience of American voters tuning in to get the latest information on the government’s response to the pandemic, with Trump’s message usually dominating the ensuing headlines. In past briefings, Trump has been consistent in reading a presidential statement with any updates on the crisis and the federal government’s response before moving on to take questions from reporters. Notably, Trump refused to answer any questions in the briefing following his previous musings about the impact of injecting disinfectant to combat COVID-19.

Like fellow politicians across the globe, Trump sometimes avoids directly answering questions, but his more unique approach when on the defensive is to attack the media.[1] Trump’s rhetoric against the media repeats the mantras of the press as “the enemy of the people” and “Lamestream.” Conservatives have persistently claimed that the media is biased against them, regardless of the fact that in 2020, Nielsen Media Research found that Fox News achieved its highest ratings since its inception in 1996.

While Trump has used his bully pulpit to make presidential statements during the crisis, he has also attempted to maintain his populist appeal.

With the public’s focus firmly on COVID-19, media coverage has largely eclipsed Joe Biden, the Democrats’ presumptive nominee. On the other hand, this may help his campaign in the long run as any failures of the federal government’s response to the crisis will be solely associated with the Trump administration, regardless of Trump’s repeated attempts to shape the narrative by blaming his Democratic predecessor.

Undoubtedly when it comes to campaigning, the president benefits from having his message magnified by the bully pulpit. While Trump has used his bully pulpit to make presidential statements during the crisis, he has also attempted to maintain his populist appeal. Trump’s appeals to his base include encouraging protests against Democratic governors—including Michigan Governor Gretchen Whitmer, who Trump has referred to as “that woman,” and who is currently on Biden’s vice presidential short-list. Nonetheless, the advent of protests that disregard the federal government’s social distancing guidelines are unlikely to be replicated in the return of normal campaigning activities for the foreseeable future.

Trump’s bully pulpit enhances the power of his rhetoric. Presidential scholars’ work from Arthur Schlesinger Jr.’s The Imperial Presidency (1973) to Michael A. Genovese’s The Power of the American Presidency 1789-2000 (2001) have identified foreign policy as having the greatest potential to expand presidential power, and significantly Trump’s rhetoric continues to have a potent impact on America’s relationships overseas. After citing the World Health Organization (WHO) as one of the culprits responsible for the spread of COVID-19, Trump backed up his rhetoric against the international organization by halting American funding to it. Trump’s antagonism toward the WHO is consistent with his dislike of other international groups, such as the North Atlantic Treaty Organization, and together his rhetoric and recent actions against these alliances stoke his base of supporters.[2][3]

Trump has been inconsistent in determining the role of the federal government versus that of the states in responding to COVID-19. Most recently, Trump has adopted the traditional Republican mantra of supporting states’ rights, avoiding any encroachment by the federal government, while simultaneously leading the narrative of Republican rhetoric opposing Democrats’ responses to the pandemic. Georgia Governor Brian Kemp’s decision to eschew federal guidelines and re-open his state demonstrates the limited power of Trump’s rhetoric on domestic policy, especially as, despite Trump’s initial encouragement to open states, he explicitly disavowed Kemp’s decision.

While Trump persists with his rhetoric portraying the American economy as “the best” prior to the shutdown and has explained the need he feels to be America’s “cheerleader,” the credibility gap between him and experienced government officials including the health experts who are part of his COVID-19 task force, widens.

Arguably the greatest dilemma for the Trump re-election campaign is how to navigate the role of truth within rhetoric. In an average election year, the role of truth in political rhetoric would be relatively insignificant. Voters are accustomed to politicians promising them the moon and contorting a vision of America as either euphoric, such as Ronald Reagan’s 1984 re-election campaign television commercial “Morning Again in America,” or plagued by despair, depending on which party is in power (Dahl, 1959).

But a crisis requires a detailed, nuanced response because, for voters, reality takes primacy over truth – as is emphasized by a CBS News and YouGov poll that found at the end of April that 70% of Americans want the government to put health over the economy. While Trump persists with his rhetoric portraying the American economy as “the best” prior to the shutdown and has explained the need he feels to be America’s “cheerleader,” the credibility gap between him and experienced government officials including the health experts who are part of his COVID-19 task force, widens. With the reality of the pandemic, Americans rely on the expert advice of the task force, defending its continued existence alongside member Dr. Anthony Fauci, in the face of Trump’s consideration to dismantle the group. Trump’s optimistic rhetoric is also discordant with how American voters are hurting both in their health and the health of their economy. With the spotlight squarely on him, Trump needs to enhance his rhetoric as the consoler-in-chief, a role he has found challenging in the past.

Although magnified by the bully pulpit, Trump’s rhetoric cannot conceal reality because, especially during a health crisis, the buck stops with the president. For Trump’s political communication and rhetoric to be successful while campaigning in a crisis, he must accept both reality and some level of responsibility.

Meanwhile, the responsibility of voters is to retain and increase their political engagement, focusing on ways to utilize technology to engage and interact with political campaigns and fellow voters remotely, such as virtually participating in events through Zoom. As campaigning moves online, the opportunities for political communication to reach a more diverse array of voters is enhanced, and this will hopefully encourage a higher voter turnout of young voters who have an unprecedented chance to get involved in campaigning through technology. While the president has the power of the bully pulpit, this does not confine voters to a simple reactive state of campaigning as technology provides the resources for voters on both sides of the aisle to shape the narrative.

[1] Bull, Peter and Mayer, Kate. 1993. “How Not to Answer Questions in Political Interviews,” Political Psychology.

Dr. Laura Ellyn Smith is currently teaching American Politics at Canterbury Christ Church University. She graduated with her Ph.D. from the University of Mississippi. She has had five articles published in peer-reviewed journals, including one in White House Studies and enjoys writing op-eds for The Washington Post. Her research focuses on presidential politics.