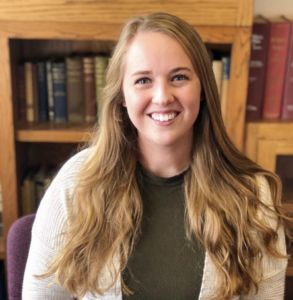 Increasing voter turnout on your college campus can seem like an extremely overwhelming task at first. So many students, so little time! You may have asked yourself, “Where and how do I even begin?” While there isn’t a magic formula to increase turnout, there are certainly some steps that you can follow to increase the level of success and effective engagement on your campus. Campus Election Engagement Project’s 7 Key Ways outlined below address all the major barriers to participation, from lack of information about the election process to student cynicism about whether their vote matters. These approaches reinforce each other, so it is crucial to address all seven areas while choosing approaches that fit your campus best. The earlier you start the better, particularly for steps that take significant institutional planning.

1. Build a team.
No one can engage an entire campus on their own. Create a core group to coordinate engagement efforts, divide up the work, and ensure key stakeholders communicate. This team should include administrators, faculty, staff, and student leaders. Building a team is important because teamwork is an effective vehicle for community change. Teams are flexible and responsive, build a sense of community, provide a means for community empowerment, and allow diversity to be valued (Druskat and Wolff 2001).

2. Register students to vote.
It is the first step to student electoral participation. Set campus-wide goals and plan ways to implement them. To get started, organize events to register students during orientation, class registration, and other major activities. If students live on campus, register them at their residence hall addresses on move-in day. Libraries, cafeterias, and student unions are also great locations to set up registration drives. Ulbig and Waggener (2011) found that students who registered through an on-campus voter registration drive turned out to vote at a higher rate than similar young people nationwide.

3. Educate students on issues and candidates.
Verba et al. (1995) have suggested that individuals do not participate politically because they either lack resources or knowledge, have not been recruited by others, or feel that their participation will not make a difference. In order to increase voter turnout, in other words, students need clear information on where candidates stand and why their vote matters. Campus Election Engagement Project has nonpartisan candidate guides for major statewide and national races. They also have a “guide to the guides” that describes ways campuses have successfully distributed them. In addition to these guides, Vote411, Ballotpedia, and Rock the Vote are also excellent resources for non-partisan educational information.

4. Help students volunteer with partisan or nonpartisan campaigns of their choice.
To get students to change the political landscape by doing more than just voting, encourage them to volunteer for a political campaign. Working for any kind of campaign (e.g., issue-based, mayoral, congressional, or presidential) is a way for students to directly help create governmental change. Volunteering can empower students by helping them increase their sense of personal control and concern with social influence (Rappaport 1987). To make this happen, make information about on- and off-campus volunteer opportunities widely available, ensuring that you give equal visibility to contacts for Republicans, Democrats, and third or fourth-party candidates if they have a significant electoral presence. Promote volunteer opportunities not just with political parties, but with grassroots groups as well.

5. Build election excitement and visibility leading up to Election Day, using every appropriate channel.
Copeland and LaBand (2002) find that the excitement of voting can affect the public’s decision to vote or not. This means you should make voting a fun activity! Hold rallies and election-related festivals during the early voting stage and on Election Day. Party at the Polls is a great resource for event ideas. It has helped campuses across the country host block parties, BBQs, and parades. These events should be combined with concrete activities like registration drives and pledges to vote. Entertain as you engage and educate.

6. Get out the vote.
Research shows that making a concrete plan significantly increases the likelihood of voting (Nickerson and Rogers 2010). Make sure students know where to vote, when to vote, and what to bring. Publicize voter ID requirements and help students secure all necessary materials. VoteRiders.org has downloadable wallet cards on ID rules. Mock polling events with sample ballots and voting machines are also great events to hold for students. These events allow students to practice voting and consider how they’ll vote on their real ballot. These “dry runs” can assure new voters they’re bringing the proper ID and filling out the ballot or using the machines as they intend.

7. Measure your impact.
You are building momentum not just for the current election, but also for future ones. The more you document your efforts and keep your momentum going, the more effective you’ll be for the next election cycle. Have senior administrators sign up for the National Study of Learning, Voting, and Engagement, which studies patterns in college student voting and provides campuses with data on student political engagement. If you register students through the Rock the Vote or TurboVote tools, you can use the dashboard they provide to track how many students registered and voted.

Once you have your post-election results in hand, you should reflect with your team on the following questions:

Remember that student voting doesn’t just happen. It takes cultivation. Your efforts on your campus matter and are making a difference. For every student who votes because of your efforts, you have increased their chances of voting for a lifetime (Green and Gerber 2019).

Ulbig, S. G., & Waggener, T. (2011). Getting registered and getting to the polls: The impact of voter registration strategy and information provision on turnout of college students. PS: Political Science & Politics, 44(3), 544-551.

Rachael Houston is a PhD candidate in political science at the University of Minnesota, Twin Cities. She studies American politics and political methodology. For the last two years, Rachael has worked for Campus Election Engagement Project, a national nonpartisan project that helps administrators, faculty, staff, and student leaders at America’s colleges and universities engage students in federal, state, and local elections.