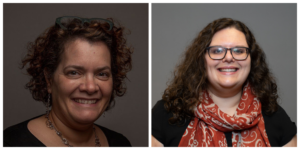 By the time that Wisconsinites cast our ballots in the presidential preference primary, we will have already voted in two primaries—and we have a couple more coming up later in the spring. Studies have indicated that the United States, among developed democracies, has the most elections (along with Switzerland), and that the frequency of these elections may lead to voter fatigue and disengagement (Lijphart 1997).  Wisconsin, historically, has been an active and robust state in terms of election activity.  Coming out of a “good government” tradition that goes back more than a century (Epstein 1989), Wisconsin usually boasts high voter turnout, especially in national elections (Aadland 2018).  At the same time, the myriad elections that citizens in Wisconsin vote in can be confusing, especially for new voters like our students at Carroll University and at other colleges and universities across the state.

Over the years, Carroll University—which is just up the street from Waukesha City Hall— has served as a polling station on occasion.

Our students regularly volunteer or intern with the local Republican and Democratic parties, working on GOTV campaigns and at the local party offices. One of our most active students, Taylor Zeinert, Carroll Class of 2021 (pictured below) worked as a field director with the Republican Party of Waukesha County/Republican Party of Wisconsin during the 2018 election cycle. Students have also trained to work as state registration officials, helping individuals to register to vote in Wisconsin.

Despite this history and tradition of civic engagement, there seems to be a notable lack of interest in the upcoming presidential preference primary. Our normally active Democratic and Republican student organizations have not been promoting the primary, nor have they begun their normal voter registration drives. For new voters at Carroll, the information from these groups is crucial for navigating the electoral process for the first time. So their lack of active engagement in the primary process so far could have a negative impact on whether students choose to vote in the April 7th primary.

Despite this history and tradition of civic engagement, there seems to be a notable lack of interest in the upcoming presidential preference primary.

Some of the reasons for this are, perhaps, unique to college age students and are particular to this primary season. The response to COVID-19 by colleges and universities throughout the country has disrupted the lives of most college and university students, and those in Wisconsin are no different. Thus, students have returned home, which might be in another state, or might be across the state. Many of these students have relocated while adjusting to online course delivery and taking care of themselves and their family members. Securing an absentee ballot for the primary on April 7th might not be on the top of the list of things to do in the midst of a pandemic. However, we also think larger trends may be at play here in Wisconsin. In the 2016 general election, Wisconsin experienced its lowest voter turnout in decades, despite having the highest voter turnout since 1972 during the March primary in 2016 (Opoien 2016). This was true especially among college age voters due to changes in voting laws. Absentee ballots that year had to be received by Election Day rather than be postmarked by that day (DeFour 2016). The law was passed in March 2016, but did not take effect until September, which meant it was not in place for the presidential preference primary in the spring of 2016, only adding to voters’ confusion about how and when to vote.

The response to COVID-19 by colleges and universities throughout the country has disrupted the lives of most college and university students, and those in Wisconsin are no different.

In addition to changes to the voting laws in 2016, there is ongoing confusion over what, precisely, Wisconsinites will be voting on in April. Former Governor Scott Walker advocated changing 2020 election dates in 2018. The argument was that partisan primaries should not be held on the same dates as elections for non-partisan positions, such as the upcoming Wisconsin Supreme Court vote planned for the same date as the WI presidential preference primary (Krumholz 2018). Wisconsinites vote for judges at multiple levels, and these positions are considered non-partisan, even if they are contested positions. Election dates for this year ultimately remained unchanged, but many voters are still unsure where, when, and how  to vote (Beck 2020). It’s possible, then, that 2016 will not be a fluke in terms of voter turnout for Wisconsin. After a busy voting season, complicated and confusing voting procedures, long presidential campaigns, and growing worry over COVID-19, Wisconsin’s student voters may be too worried and worn out.

Lilly J. Goren is Professor of Political Science at Carroll University. She is a member of the APSA Governing Council and author and editor of a number of books that focus on politics and popular culture. She is one of the co-hosts of the New Books in Political Science podcast.

Patricia Rodda is Assistant Professor of Political Science at Carroll University. Her research focuses on vulnerable populations. Most recently her work has examined the intersection of statelessness, refugees, and human trafficking.